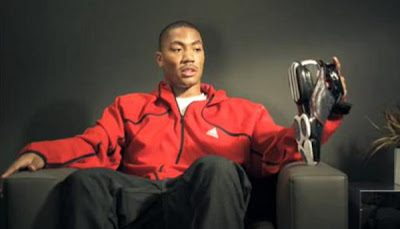 "Derrick Rose, the reigning NBA MVP, lives on the eighty-fourth floor of the Trump building in Chicago, one of the tallest buildings in the country, right up near the roof, with wall-length windows overlooking the city he rules, the only city he has ever known."

"[Adidas] signed Rose to a "lifetime" contract reportedly worth more than $200 million..." 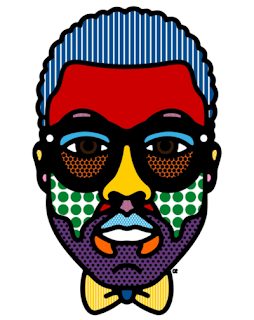 "UPON MY RETURN back east, I pay a visit to Rakim, the humble, soft-spoken introvert with a uniquely dark and mesmerizing voice who is generally regarded as the most influential rapper alive. In 1987, when he was 19 years old, Rakim released a record with the DJ Eric B., Paid in Full, on which he invented the more artful and interior form of rap that Kanye West has since made his own. He now lives in a mansion in the woods of Connecticut, like an urban samurai in exile..."
Posted by Eric at 12:10 AM