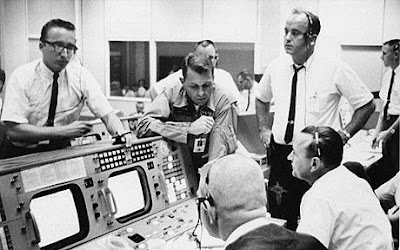 "According to Florida Today, writers from AMC's hit period drama are working on a new TV series about America's 1960s space program and the journalists who covered it.

The working title of the show is Cocoa Beach, named for the small Florida town that became a full-blown city after experiencing a 1000% population increase fueled largely by the U.S. space program. Located just 15 miles south of NASA's Kennedy Space Center, Cocoa Beach became a hotbed of economic, social, and technological activity as people swarmed to the city for jobs launched by America's burgeoning interest in space. Space Coast Film Commissioner Bonnie King tells Wired that the show is "far from a done deal;" but if it gets the greenlight, Cocoa Beach could begin airing as soon as this fall."