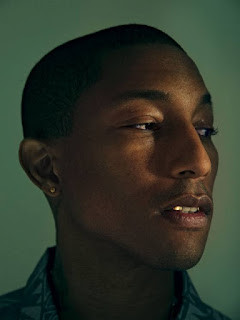 "And the track on [Random Access Memories] that Pharrell gets especially gushy about—the one that’s “going to change your life; not your mind, your life”—is “Touch,” featuring vocals from Paul Williams, the seventies singer-songwriter whose best-known song is still “The Rainbow Connection,” Kermit the Frog’s big hit. It is, Pharrell says, “the best song I’ve heard in years. It’s magical and majestic at the same time. It is unbelievable. It made me emotional. I didn’t know that sounds could be put together that could do that to people.” He lifts up from his skaterish sprawl on a couch and leans in, shaking his head, another enthusiastic rave building up: “He’s one of the best writers—Paul Williams is one of the best writers ever."