The Making of Yeezus 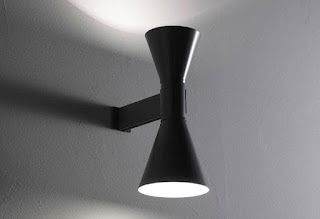 Music producer Rick Rubin (founded Def Jam Records in 1983 in his NYU dorm room) helped Kanye West finish Yeezus in the three weeks leading up to its label handover due date. Here's an excerpt from his email interview with WSJ.

Q: How would you describe the new sound he was driving for, and how you did you help him arrive there?

RR: He wanted the music to take a stripped-down minimal direction. He was always examining what we could take out instead of put in. A good example would be the song that became “Bound.” When he first played it for me, it was a more middle of the road R&B song, done in an adult contemporary style. Kanye had the idea of combining that track with a cool sample he had found and liked – I removed all of the R&B elements leaving only a single note baseline in the hook which we processed to have a punk edge in the Suicide tradition.

Q: Can you recall a scene from the sessions that might help people understand his method in the studio?

RR: We were working on a Sunday [the same day West attended a baby shower for girlfriend Kim Kardashian] and the album was to be turned in two days later. Kanye was planning to go to Milan that night. Five songs still needed vocals and two or three of them still needed lyrics. He said, “Don’t worry, I will score 40 points for you in the fourth quarter.” In the two hours before had to run out to catch the plane, he did exactly that: finished all lyrics and performed them with gusto. A remarkable feat. He had total confidence in his ability to get the job done when push came to shove.

Related,
Architecture Magazine - "Kanye West cites a Le Corbusier lamp as an influence on his latest album."
Posted by Eric at 10:58 AM