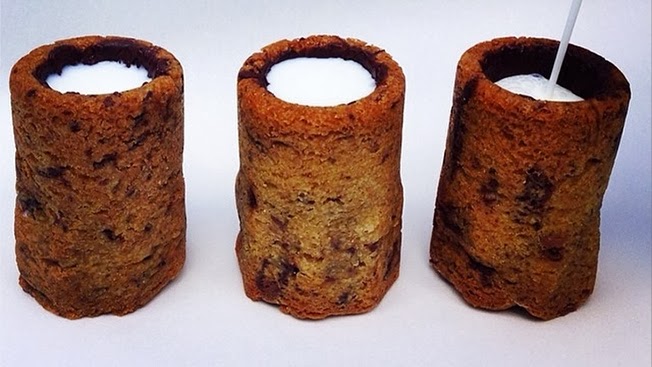 "Soon after announcing that he'd be bringing his mania-inducing Cronuts to Austin's SXSW, the NYC pastry chef has revealed via Instagram his latest dessert creation which he'll debut at the festival: Chocolate Chip Cookie Milk Shots. Reps from Dominique Ansel Bakery tell Eater about the inspiration for the dessert — a chocolate cookie "glass" containing a "shot" of milk — came after Ansel tried his first Oreo "a few weeks ago" and was encouraged to eat it with milk, which is not "a natural combination in French culture."
Posted by Eric at 9:25 AM