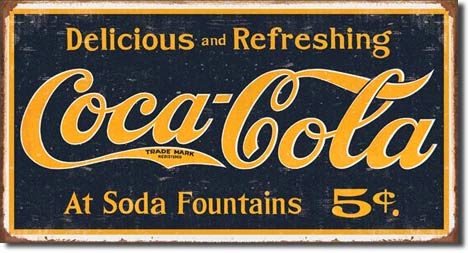 "Coke has become infamous in guarding their secret recipe with tales of the recipe being under 24 hour surveillance, Coca-Cola executives only knowing half the formula or that the two people who know the recipe can never fly together. It's added to the allure of Coke, for sure, but there's also some truth to the that. When Asa Candler, an early Coke President, bought the original formula from Pemberton in 1887, he was so paranoid about people stealing the recipe that he ordered that the recipe could never be written down again. He also removed all labels from the ingredient bottles and went through company mail to see if anyone was snitching."

*"Truth be told though, it's impossible to fully replicate Coke's recipe because there's one ingredient only Coca-Cola can get: fluid extract of coca (which is coca leaves stripped of cocaine). Only one factory can process those leaves and only Coca-Cola has a special deal with the DEA that allows them to use it. So even if the secret is out, we're still missing the Coke in our Cola."
Posted by Eric at 9:27 AM