Wu-Tang Clan - "Once Upon a Time in Shaolin" 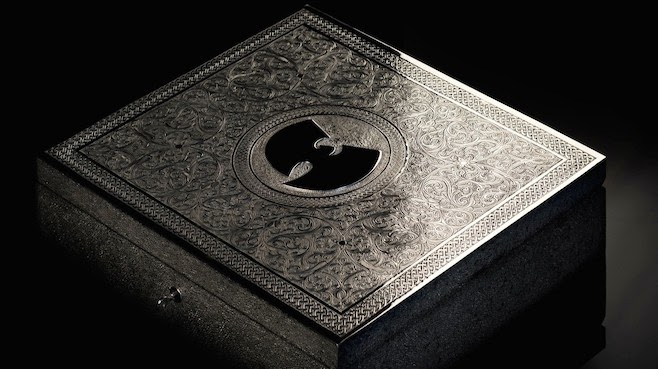 "The lustrous container was handcrafted over the course of three months by British-Moroccan artist Yahya, whose works have been commissioned by royal families and business leaders around the world. Soon, it will contain a different sort of art piece: the Wu-Tang Clan’s double-album The Wu – Once Upon A Time In Shaolin, recorded in secret over the past few years.

Like the work of a master Impressionist, it will truly be one-of-a-kind—in lieu of a traditional major label or independent launch, the iconic hip-hop collective will make and sell just one copy of the album. And similar to a Monet or a Degas, the price tag will be a multimillion-dollar figure.

“We’re about to sell an album like nobody else sold it before,” says Robert “RZA” Diggs, the first Wu-Tang member to speak on record about Once Upon A Time In Shaolin, in an exclusive interview with FORBES. “We’re about to put out a piece of art like nobody else has done in the history of [modern] music. We’re making a single-sale collector’s item. This is like somebody having the scepter of an Egyptian king.”

Wu-Tang’s aim is to use the album as a springboard for the reconsideration of music as art..."
Posted by Eric at 6:11 PM