The Last Blockbuster in the World 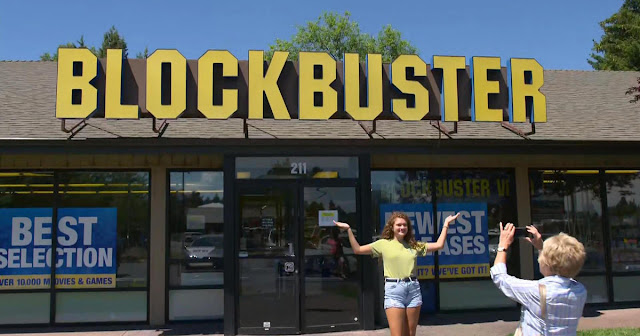 "David Brehm, a local building inspector, remembers when Bend was just a mill town with fewer than 20,000 residents. Now, the population is closer to 100,000.

Over the years, Mr. Brehm, 61, has chatted with Blockbuster workers during his weekly visits about their dating lives, then their marriages and, eventually, their children. Rather than crowdsourcing movie recommendations from Facebook or Twitter, he asks store employees what they think he should watch.

"Ms. Hunter, an assistant manager at Deschutes Brewery, said she found it easier to browse for movies there than on Netflix, which she compared to a dating app.