The Making of Sunday Night Football 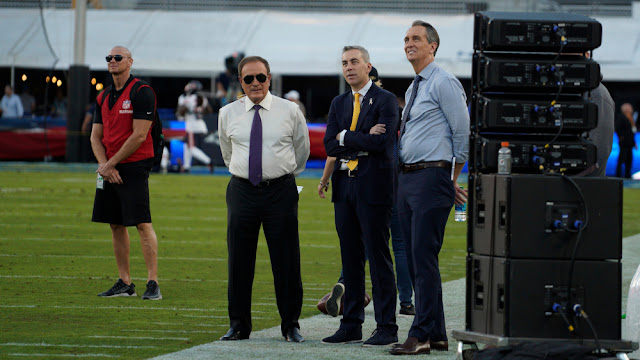 Variety – "Inside ‘Sunday Night Football’: How Primetime’s Most Watched TV Show Gets Made"

"“Ninety percent of what we’ve prepared does not make it to the television, just because the game takes over,” says Gaudelli. “The game has to be to overriding narrative of the show.”

The action on the field often leads to painful decisions in the truck. Gaudelli points to the previous week’s game in which the Dallas Cowboys lost to the Minnesota Vikings 28-24. With 40 seconds left in the game and the Cowboys down by four and about to receive a punt from the Vikings, Gaudelli and his crew were ready to pull the trigger right after the kick on a video package featuring Cowboys legend Roger Staubach’s famous game-winning 50-yard Hail Mary pass to receiver Drew Pearson in a 1975 playoff match-up against the Vikings. The timing for such a highlight could not have been more perfect. But then Gaudelli heard Michaels’ voice in his earpiece, saying, “Wow. He should not have called for a fair catch. He had plenty of room.” Cowboys kick returner Tavon Austin had indeed signaled for a fair catch with plenty of open field ahead of him inviting the opportunity for a return. Gaudelli made the decision to shelve the video and instead go to replay and analysis of the punt. The Staubach-Pearson clip never made it to air.

“You always have to side on the game and if Al, or Cris, or Michele make a big deal out of something, you probably need to be addressing it,” Gaudelli says. "

Previously,
"Sunday Night Football Is the Best Show on TV"
Posted by Eric at 9:15 PM