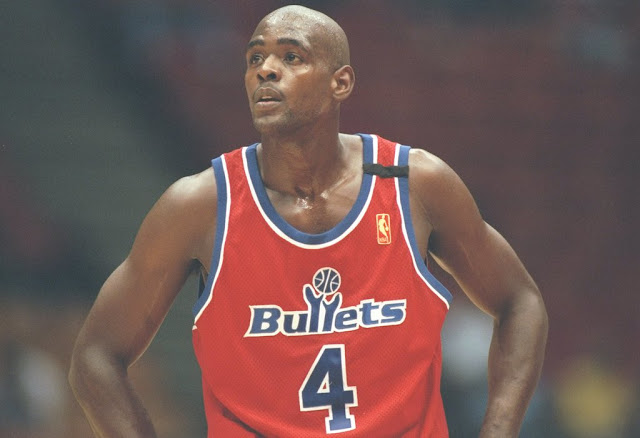 New York Times – "A Team by Any Other Name Is Fine, It Turns Out"

"When team owner Abe Pollin decided to change the name of the N.B.A.’s Washington Bullets in 1995, the two-year rebranding process had the veneer of a democratic undertaking.

The fast-casual restaurant chain Boston Market ran a renaming contest that resulted in nearly 3,000 submissions. A seven-person panel came up with five finalists — the Wizards, Dragons, Stallions, Express and Sea Dogs — which were put to a public vote.

Jody Shapiro, who at the time ran the regional sports television network that aired Bullets games, was one of the seven panel members. His preference, the Monuments, was highly rated by the panel, but the N.B.A. rejected it because of trademark considerations. “I thought it had the D.C. connection and the sense of towering structures and buildings or individuals,” he said.

Despite, or perhaps because of, his participation in the process, Shapiro was never under any illusion about who was really in charge. “Truth be told, at the end of the day, Abe and Susan chose whatever they wanted to choose,” he said, referring to Pollin and Susan O’Malley, then the team’s president. “It was more public relations than it was actually significant.”"

"He said that a logo should be “a mirror, an avatar of self-identification” for fans. This is particularly explicit in soccer, where team names are less prominent on uniforms and supporter culture can define a team in the eyes of outsiders.

This is not necessarily true in American football. There are of course names that explicitly reference regional identity, like the New England Patriots, but in the N.F.L. identity often works in reverse. Nobody particularly associates, say, tigers with the Ohio River Valley or big cats with the Canadian border, but over decades the Bengals have come to represent Cincinnati and the Lions Detroit.

“I think there is an inherent connection with football still as kind of a gladiator wild animal spirit that they can’t let go of,” Verlander said. And rather than teams reflecting some unique aspect of regional culture, the regional culture coalesces around the team that represents it via TV to tens of millions each weekend.

“Those N.F.L. team names are so historic that I don’t even think about their origin story,” Wolff said. “I don’t really think about Buccaneers Buccaneering across the sea when I watch Jameis Winston throw interceptions.” He referred to the former Tampa Bay quarterback who joined the New Orleans Saints this off-season.

Wolff knows that much of the success of his Nigeria jersey design, which sold out in minutes, came from what happened after the garments were made. Nike’s brand design team rolled out a clever influencer marketing campaign and used beautiful photographs in ads, just as aspects of Nigerian culture, like film and fashion, were becoming prominent worldwide.