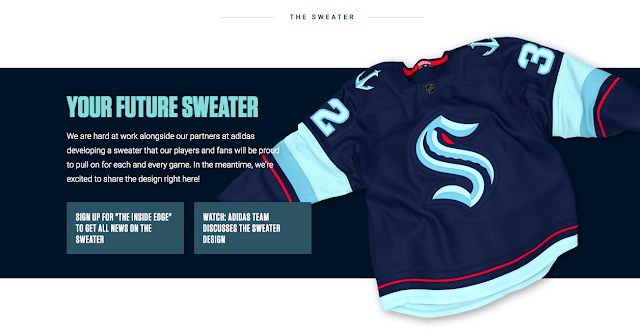 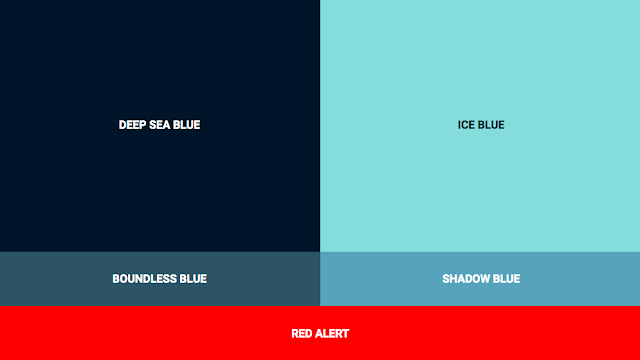 "Some say we know more about the cosmos than we do our own waters. Maybe that's what draws us to the sea—the vast expanse, the impermeable deep. The uncharted has long inspired generations of folklore.

In Seattle, we welcome voyagers. Our port city brings legends from all over the world. We cross boundless oceans and dense wilderness, finding our beasts along the way. These legends are home to this rugged coastal wonderland with a name etched on Lord Stanley.

Now, we breathe new life into a legend. An ancient and powerful force reawakens in the heart of the great Pacific Northwest. We will wear the 'S' in honor of our champion predecessors, and we will have a name that incarnates the might of the sea.

OUR CITY
Our maritime city with a proud history of adventure is deserving of a hockey club as untamed as the sea herself. The Kraken represents the fiercest beast in all the world. Too large and indomitable to be contained by man (or finned mammal). It instills one message in all opponents whether in our waters, or theirs…Abandon all hope.

OUR SOUND
The largest octopus on planet Earth lives right here in Puget Sound. The Giant Pacific Octopus lurks in the deep around Seattle. According to Tacoma legend, they inhabit the ruins of collapsed bridge "Galloping Gertie" with the infamous "King Octopus." National Geographic notes the biggest on record at 30 ft wide and over 600 lbs. If you encountered that in the depths of our Sound, you'd tell tales of one thing…You just saw the Kraken.

OUR FANS
We met deposit day with 32,000 passionate fans and scores of prospective team names. One in particular emerged quickly as the frontrunner. Two years later, and that same name still carries the conversation. 215,000 fan votes, 50+ fan forums & speaking engagements and over 12 months of social media listening have supported this phenomenon—Seattle is the Kraken." 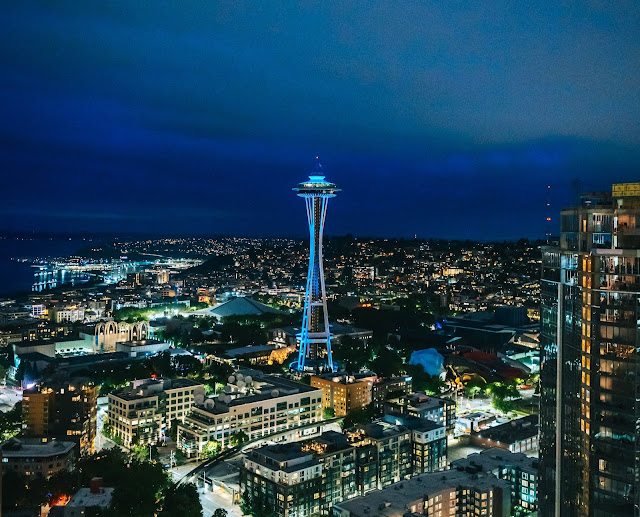 "The fearsome, mythical sea creature — akin to a monstrous squid — was mentioned in an Alfred Lord Tennyson sonnet from 1830 and later popularized in the 1953 novel “The Kraken Wakes” by John Wyndham. It subsequently landed in some Hollywood movies, including the “Pirates of the Caribbean” franchise produced by current NHL Seattle owner Jerry Bruckheimer.

The team, which opens play at Climate Pledge Arena in October 2021, becomes the first Seattle major men’s professional franchise with a name not ending in “s” — following in the footsteps of the women’s pro WNBA Storm and NWSL Reign. " 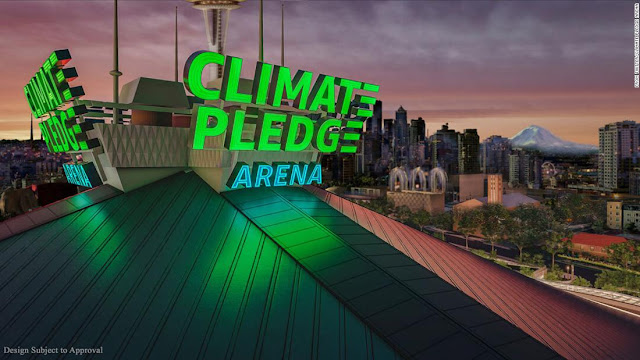 "Seattle considered the Metropolitans -- the name of the city's original pro hockey team, which won a Stanley Cup in 1917 -- though there was some pushback from the league. The NHL has the Metropolitan Division, and commissioner Gary Bettman didn't want to change it for the sake of the new franchise.

" "That was one [the league office] expressed reticence on, for the reason mentioned," Jassy said. "But they were always very supportive; I thought they always gave good, honest feedback. They had some of their own ideas too. When Kraken was the leading name we were thinking about, and we sought input from them, they always liked that name a lot.""

"Seattle wanted to invoke the city's unique landscape -- the water, the trees, the mountains, the precipitation -- but also deviate from what was expected.

"We didn't feel like the colors had to be exactly the same as the other pro teams here," Jassy said. "I think it ended up being a good balance of things that are resonant in our environment but also reflective of the sport of hockey. It was something we thought just looked really attractive."

Of the NHL's 31 existing teams, 16 have some shade of blue in their logo, so Seattle's needed to be unique.

"People called it baby blue, people called it Columbia blue, people called it powdery blue, but it's not; it's actually quite brilliant, almost a neon blue that looks like the ice caps on the Olympics and the white caps on the Puget Sound," Merrill said. "Then the navy is so dark, it's almost black. We call it deep sea. The whole [home] uniform has no white, there's zero white, and it's really just these complementary blues. The way they present their brand will be that way -- these two blues, and no white, no surrender at all."

For the logo, Merrill desperately wanted to avoid the Kraken becoming a caricature.

"We had to make sure it wasn't a cartoon character or something silly," Merrill said. "Also, it's the tradition of the sea; you don't mess around in the sea. If you mess around in the ocean, you get sucked in, and you die. It commands some seriousness, which we knew we had to hit."

And the last ingredient: mystery.

In one meeting, Leiweke said: "There's nothing more frightening than the theater and the mystery of the mind." Merrill's mental gears began spinning, thinking of Alfred Hitchcock movies in which you don't see the killer, but you know he's out there.

The "S" as the primary mark is an homage to the original Seattle Metropolitans uniforms. 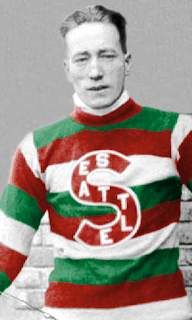 The logo was almost finished, but Merrill knew it needed something else. Then came the "aha" moment, provided by majority owner David Bonderman.

"Bonderman was like, 'You should put the eye right there,' and pointed to the top of the S," Merrill said. "I thought it was going to be terrible, actually. But we tried it, and it looks pretty good."

"We wanted to represent the Kraken somehow," Merrill said. "Red represents danger; red represents threat. It was the perfect accent throughout."

The exact shade they chose? It's called "red alert."

The Ringer – "Embrace the Slimy Tentacle of the Seattle Kraken, the NHL’s New Terror of the Deep" 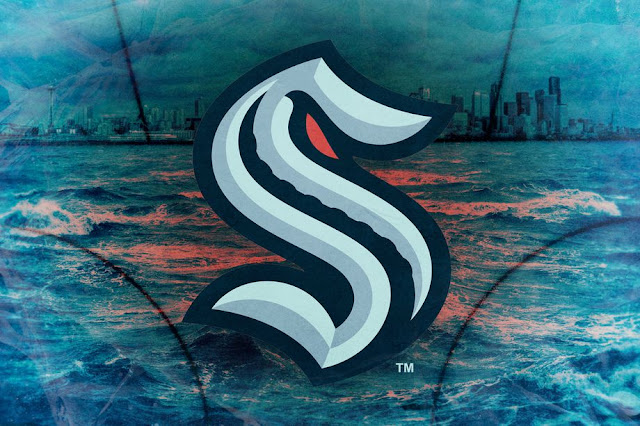 "When it is time for a professional sports team to come up with a name, it tends to make the most boring choice possible, selecting something that a well-paid marketing team determined would upset the fewest people through a series of test groups. The last time the NFL launched a new franchise, in 2002, it was with a team in Texas. That team was named the Texans. The last new MLB team name was introduced in 2005; the franchise that moved from Montreal to Washington, D.C., was named the Nationals. MLS has unveiled 11 new team names since 2015: New York City FC, Orlando City SC, Atlanta United FC, Minnesota United FC, Los Angeles FC, FC Cincinnati, Inter Miami CF, Nashville SC, Austin FC, Charlotte FC, and Sacramento Republic FC. On Thursday morning, Washington’s NFL team announced that it had come up with an interim name for the 2020 season. For now, Washington’s football team will officially be called the Washington Football Team. (Maybe Washington FT can win the MLS Cup!)

Seattle’s new NHL team also announced its long-awaited team name on Thursday, and decided not to go with the boring route. It picked a name no other pro sports team has ever used, or for that matter likely ever considered. This team is the Seattle Kraken, hockey’s new terror of the deep."

"I’m not from Seattle, but I’m heartened by the release of the Kraken. With the Washington Football Team finally getting rid of its racist name and imagery, I’ve been thinking a lot about why exactly these things exist. We don’t really need them; as European soccer leagues prove, it’s entirely possible to root for a sports team without them. So what do we want out of them?

I guess the point is that a name should tap into a team and a city’s identity. It should make fans feel like they’re part of something unique, and that they should be proud to be a part of it. The Kraken proves that a team name can be distinctive without being gimmicky. I embrace the slimy tentacle of the Kraken as it drags the rest of the NHL to the icy depths." 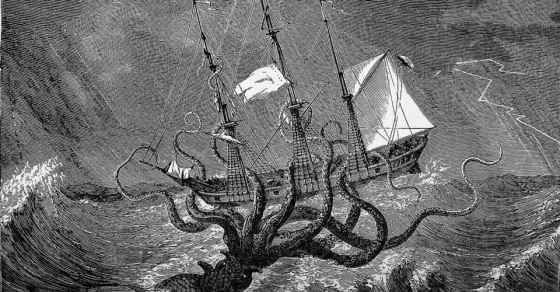