The Return of the Charlotte Hornets 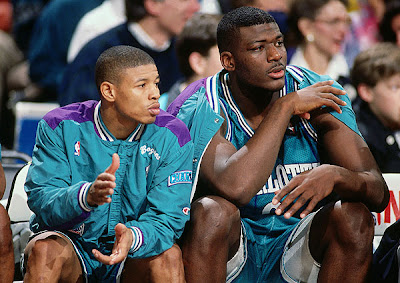 "The NBA Board of Governors unanimously approved changing the Charlotte Bobcats name back to the Hornets beginning for the 2014-15 season during its summer meeting Thursday in Las Vegas.

The Hornets brand became available when the New Orleans Pelicans officially gave it up earlier this year as part of their own name change. The Charlotte Hornets moved to New Orleans in 2002, and the Bobcats joined the league as an expansion team in '04. Commissioner David Stern said Bobcats owner Michael Jordan has been in discussions to get the Hornets name back since he bought the team in 2010." 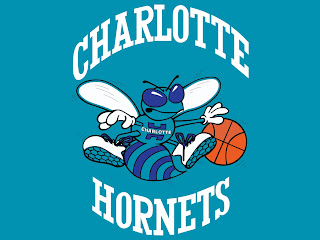 "The Hornets led the NBA in attendance for seven consecutive seasons in Charlotte, but the Bobcats have not been as successful in the market, which spurred the movement to return to the name.

"It is so true that it was a subject of conversation for the last couple of years," Stern said. "Fans of the old Hornets would say, 'Please give us back our Hornet name.' I laughed at it initially. But it stayed there bubbling below the surface, and there's something to it."

The Bobcats' website hailed the return of "Buzz City," and team officials said 2,000 season-ticket holders turned out at a downtown party that turned into a celebration of the name change. Fan favorite Muggsy Bogues and other former Hornets including Rex Chapman, Kelly Tripucka, Dell Curry and Kendall Gill attended as well.