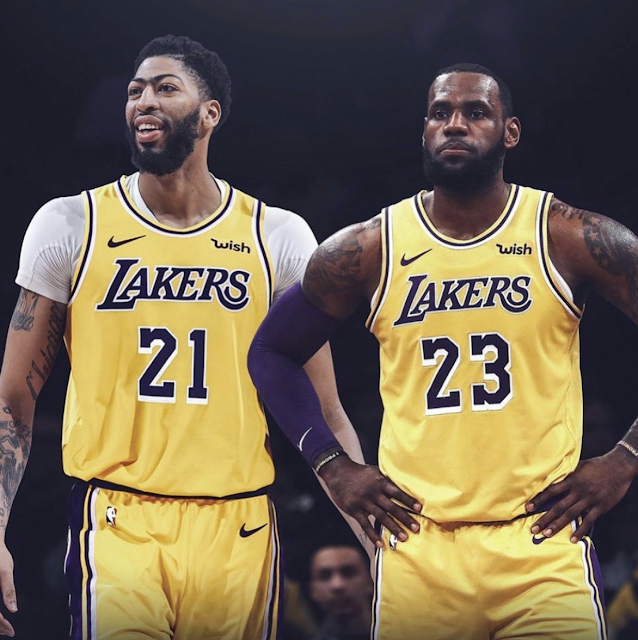 "LeBron has already put an incredible number of miles on his body. He is no. 15 in NBA history in career minutes played in the regular season (46,235) and no. 1 among active players. No. 2 is Vince Carter (45,491), and no. 3 is Pau Gasol (41,001). LeBron is in uncharted territory; Michael Jordan retired at no. 28 (41,011) on the career minutes list. He will pass Kobe Bryant for no. 7 (48,637) in his 69th game next season if he averages the same number of minutes (35.2) he did last season. And all of those minutes don’t count the playoffs, where he is no. 1 (10,049) among all players, active and retired. LeBron has made the Finals nine times and has never lost in the first round in 13 appearances. It shouldn’t be possible for him to keep up his same level of play for much longer. But it will be fascinating to watch him try.

Jordan and Kobe never got the chance to compete for a championship in their late 30s. LeBron pairing up with AD is like if Jordan had played with Tim Duncan after his final title with the Bulls, or if Dwight Howard had been healthy and in his prime when he teamed up with Kobe. The only players as old as LeBron is now who have been stars on a championship team are big men like Duncan and Kareem Abdul-Jabbar. LeBron, as a perimeter player with the size of a big man, might be able to age more like those two 7-footers than MJ and Kobe. He’s as big as Karl Malone, who started on a Finals team at 40. The Lakers are hoping that LeBron and Davis will flip the dynamic between Magic and Kareem on its head. Kareem was 37 when he won a title with Magic, then 25. He won two more at 39 and 40 because Magic was 27 and 28.

The odds are against the Lakers’ new duo. It’s hard for players, even ones in their primes, to stay healthy after making deep runs in the playoffs every season. Look at how banged up the Warriors are after five straight trips to the Finals. LeBron knows that better than anyone. Wade was 29 and Bosh was 26 in their first season with LeBron. Love was 26, and Irving was 22. All four have dealt with significant injuries after so many trips in the playoffs next to him. LeBron has never formed a Big Three with anyone close to as old as he is now. He didn’t risk his prime by pairing up with an older star. Davis is risking his. Forcing his way onto the Lakers was a huge gamble for a superstar who could have picked any team. LeBron sold Davis on being his costar. Now he has to live up to his end of the bargain."
Posted by Eric at 2:53 PM