"The Toronto Raptors started play in the NBA in 1995, offering up a movie-inspired dinosaur name and clad in purple, red, black and white. Getting to that point, though, was primarily driven by then-owner John Bitove and his family’s love of the “Jurassic Park” movie, says Tom O’Grady, then the creative director for NBA Properties and now partner and chief creative officer of Gameplan Creative in Chicago.

“When the movie came out with the ferocity of the evil villain being 6-foot-tall raptors, that echoed in everybody’s thought process,” O’Grady says. “And there was not a professional team named after dinosaurs. We all felt like it was a cool direction to go.”

Sure, Toronto officially offered up a bevy of names on which the fans could vote. The listed included the Beavers, Bobcats, Dragons, Grizzlies, Hogs, Raptors, Scorpions, T-Rex, Tarantulas and Terriers. The Huskies, thanks to the historical use of the name in the city, had some draw too but was discarded early. The Hogs played off Toronto’s “Hogtown” nickname, and Dragons was considered, as O’Grady says, almost as a placebo.

Three nicknames started to take hold for Toronto, the Raptors, Dragons and Terriers. “The owner and his family fell in love (with Raptors),” O’Grady says. “They did focus groups for a sanity check, but deep down John Bitove wanted Raptors as the name and something had to happen to dissuade that.”"

"Then came the colour. “We were having a hard time stumbling on a colour that nobody else had,” O’Grady says. “That is hard. Then we focused on what is a colour combination that might go together that nobody has.” Initially that meant, for Toronto, purple, green, black and bronze, all with a green raptor. Then just before the final approval from Bitove, the design team received a call from the owner that some of the investors were pushing back that the logo didn’t represent Canada."

"“Without question, it was the most polarizing project I’ve worked on,” O’Grady says. “You were either all in or all out.” And with the split almost always falling with anyone over 40 years old all out and those younger all in, the team knew they were on to something, even in the highly conservative sports design market that was Toronto.

In the end, though, those who grew up with the design adored it, O’Grady says. “It was designed for them,” he says, “and they owned it.”

That initial look did sit dormant for about 15 years after the initial design gave way to tweaks, but then Mitchell & Ness recreated a Vince Carter uniform a few years ago, which O’Grady credits with restarting the interest in the nostalgia of the original design (it also has become one of the top-selling designs for the company). Toronto then brought the original design back to the court for a series of throwback nights in to celebrate their 20th season in 2015. “It was coming back from extinction with a second life,” O’Grady pans. “Now you have people asking why can’t we wear purple uniforms for at least one NBA Finals game?”" 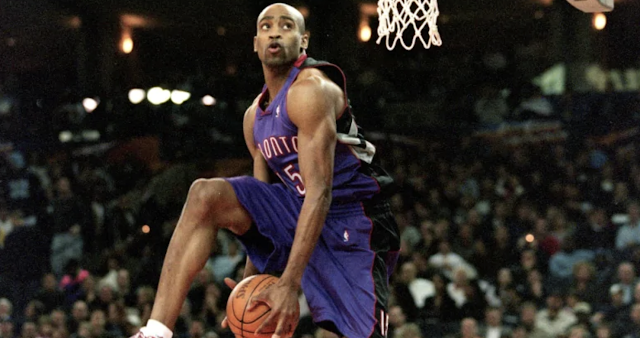 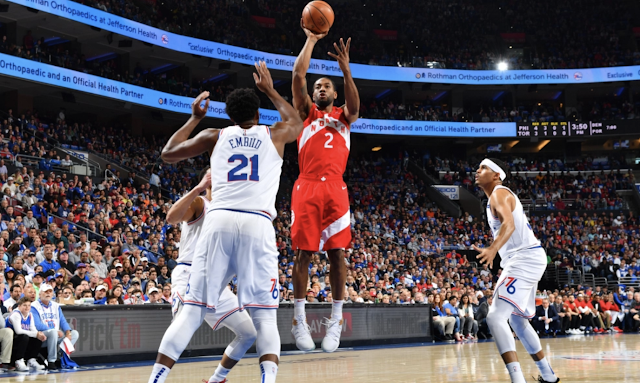