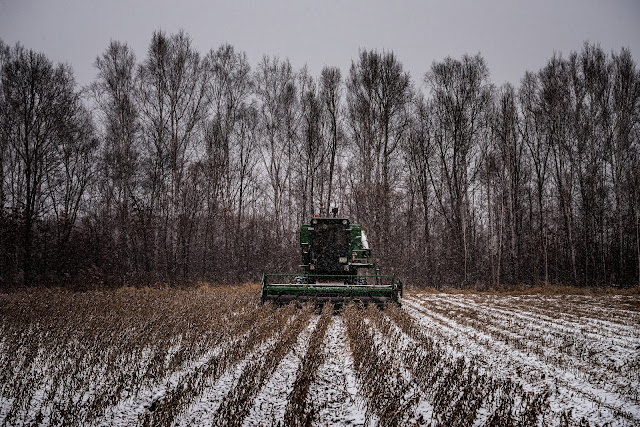 "Marshall Burke, the deputy director of the Center for Food Security and the Environment at Stanford University, has spent the better part of a decade studying how climate change will alter global economies, mostly focusing on the economic damage that could be wreaked by storms and heat waves and withering crops. A 2015 paper he co-wrote in the journal Nature made the geographic implications clear: Draw a line around the planet at the latitude of the northern borders of the United States and China, and just about every place south, across five continents, stands to lose out. Productivity, Burke found, peaks at about 55 degrees average temperature and then drops as the climate warms. He projects that by 2100, the national per capita income in the United States might be a third less than it would be in a nonwarming world; India’s would be nearly 92 percent less; and China’s future growth would be cut short by nearly half. The mirror image, meanwhile, tells a different story: Incredible growth could await those places soon to enter their prime. Canada, Scandinavia, Iceland and Russia each could see as much as fivefold bursts in their per capita gross domestic products by the end of the century so long as they have enough people to power their economies at that level.

This could present an extraordinary opportunity for the world’s northernmost nations — but only if they figure out how to stem their own population decline while accommodating at least some of a monumental population push at their borders. Take, for example, Canada: It is flush with land as well as timber, oil, gas and hydropower, and it has access to 20 percent of the world’s fresh water. It has a stable, incorrupt democracy. And as the climate warms, Canada will move into the ecological sweet spot for civilization, benefiting from new Arctic transportation routes as well as an expanded capacity for farming. But there are only 38 million people in Canada, and Canadians are dying at a faster rate than they are being born. Burke’s research suggests climate change will, by 2100, make Canadians two and a half times richer in terms of per capita G.D.P. than they would be if the planet were not warming. Canada may be able to seize that opportunity only if it welcomes a lot more people.

This is why a group of Canadian business executives and academics have called on their government to turn the country’s immigration system into a magnet for the planet’s most talented people, hoping to nearly triple Canada’s population by 2100. The government has signaled some receptivity, increasing its immigration targets this year by 14 percent, in part reflecting a public sentiment that recognizes the importance of immigration to Canada’s economy. Whether today’s Canadians are truly ready to see migrants outnumber them two to one, though, remains to be seen."

When Europe and the United States imposed sanctions on Russia after the downing of a Malaysian passenger jet over Ukraine in 2014, Russia countered by imposing sanctions on European imports. It seemed self-punishing at first, but the move was meant to give Russia’s own domestic food producers an opening and prod them to fill the supply gap. When Putin addressed his Federal Assembly the following December, he boldly proclaimed Russia would soon be “the largest world supplier” of healthful foods, referring to his goal of keeping Russian foods mostly G.M.O.-free. By 2018, Putin’s sanctions had paid enormous dividends: Since 2015, Russia’s wheat exports have jumped 100 percent, to about 44 million tons, surpassing those of the United States and Europe. Russia is now the largest wheat exporter in the world, responsible for nearly a quarter of the global market. Russia’s agricultural exports have jumped sixteenfold since 2000 and by 2018 were worth nearly $30 billion, all by relying largely on Russia’s legacy growing regions in its south and west. In Africa, Putin told attendees of the Russia-Africa Economic Forum held in Sochi last fall, “We are now exporting more agricultural products than weapons.” 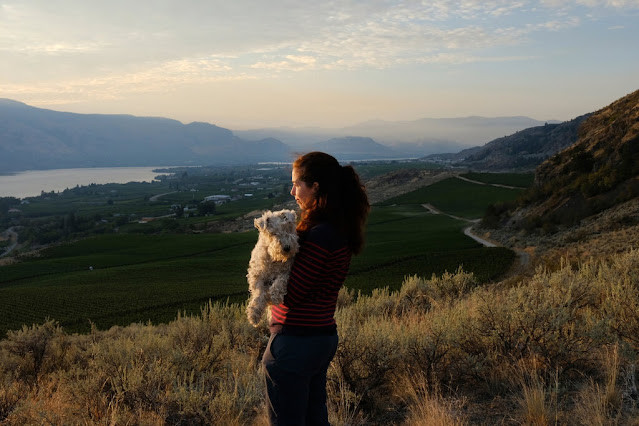 "Canadian gastronomy may be better known for poutine, gravy-drenched cheese fries, than for pinot noir. But a new generation of winemakers is putting the Okanagan Valley on the global wine map, alongside famed regions like Bordeaux, Tuscany and the Napa Valley."