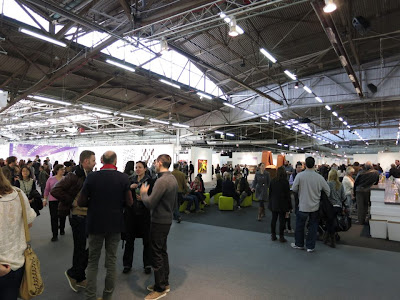 The 2012 Armory Show, open this weekend (March 8-11) in New York City, "is America's leading fine art fair devoted to the most important art of the 20th and 21st centuries. In its fourteen years, the fair has become an international institution. Every March, artists, galleries, collectors, critics and curators from all over the world make New York their destination during Armory Arts Weak."
The fine art included a Beluga Whale featured in the Nordic lounge 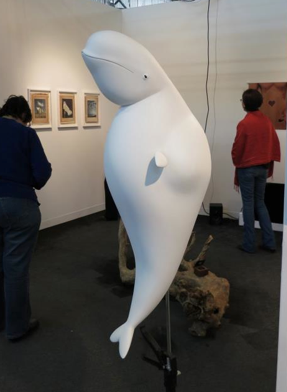 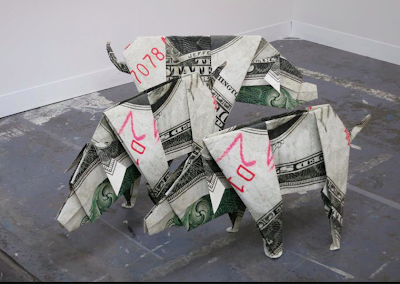 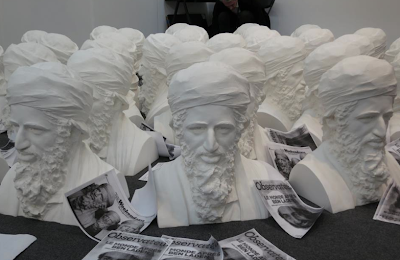 A photo of a deer 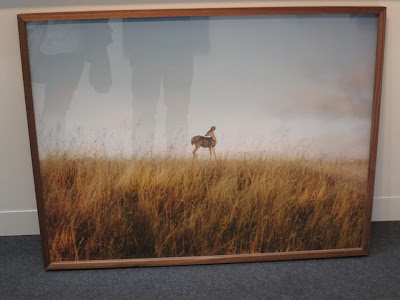 A new sculpture by Takashi Murakami 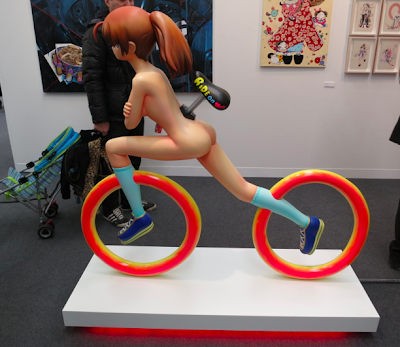 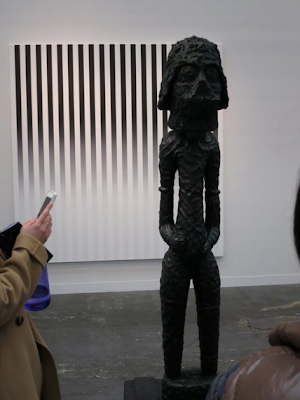 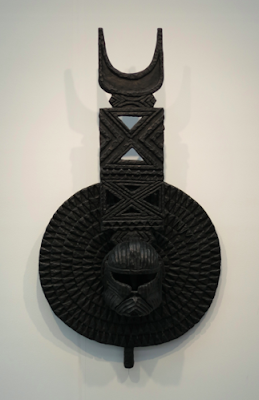 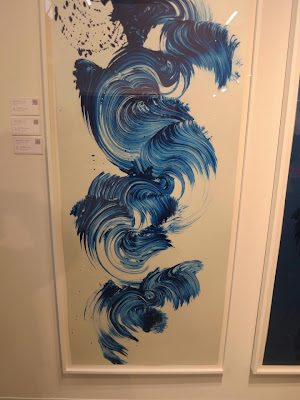 An exhibit of clouds 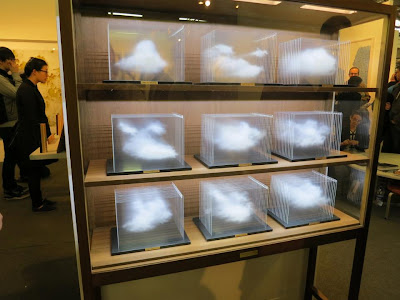 "Eric Yahnker, a Los Angeles animator turned artist who has worked on “South Park” and other shows, presents a series of large drawings, including one of a Tyrannosaurus rex surfing called “Endless Summer.” The walls surrounding the drawings are decorated with more than 300 used baseballs bearing forged autographs not of players of the game but of celebrities like Keanu Reeves, Leonard Cohen and Bill Cosby. Mr. Yahnker is working hard to stay ahead of the curve of ridiculousness in contemporary life." 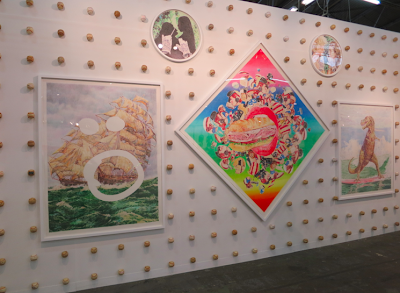 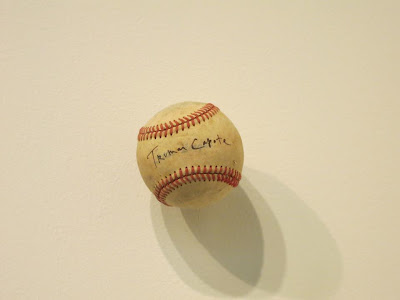 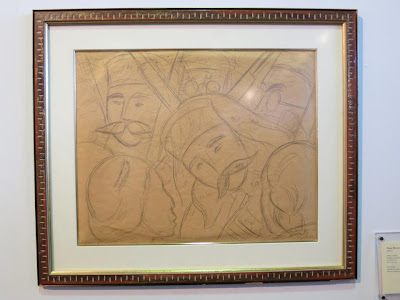 And a few other modern paintings and sculptures 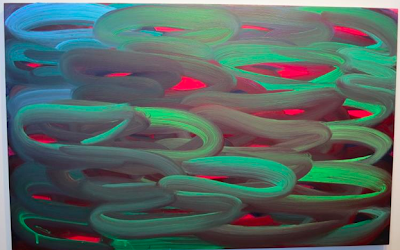 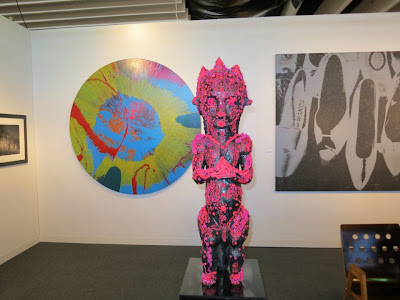