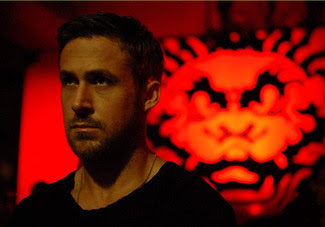 "The film is one that once again finds [Drive Director Nicolas Winding] Refn boldly moving into a new territory, in a script that his star Ryan Gosling has already said is the "strangest thing" he's ever read. The story centers on Julian (Gosling), who has lived in exile in Bangkok after killing a cop ten year ago. With his brother, he runs a Thai boxing club as a front for the family's drugs smuggling operation run by his Florida based Mom, Jenna (Kristin Scott Thomas). However, his brother gets into hot water when he murders a prostitute, and the cops call on retired cop Chang -- aka The Angel Vengeance -- to weigh in on the matter. And things get considerably sticky and bloody from there.

Shooting in Thailand has invigorated the Refn, who is clearly in awe of Bangkok. "I love this city. Sometimes it feels like the sets of 'Blade Runner,' says Refn"

Indiewire - "Nicolas Winding Refn Talks Making 'Only God Forgives' & Considers Tokyo Setting For Horror 'I Walk With The Dead'"
IMDB - "Only God Forgives"
"we could be seeing the film as early as the Venice Film Festival this fall."
Posted by Eric at 10:09 AM