The Courting of Peyton Manning 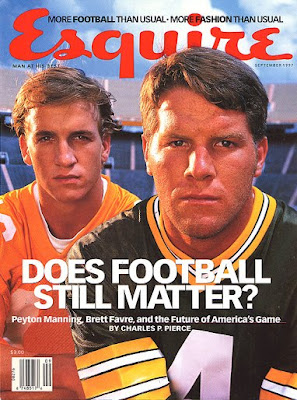 Deadspin - "How The Broncos Got Peyton Manning"
Deadspin breaks down the upcoming Peter King Sports Illustrated profile on the courting of Peyton Manning.
"When the Hall of Fame quarterback sat with Manning alone at the club, Elway saw a person "in shock" over being cut and imagined what it would have been like if the Broncos, for whom he played his entire career, had released him after 13 or 14 seasons. "There's got to be a dagger in your gut right now," Elway told Manning. "Take your time. Be thorough. Make the right decision, whether it's us or someone else."
Posted by Eric at 7:24 AM