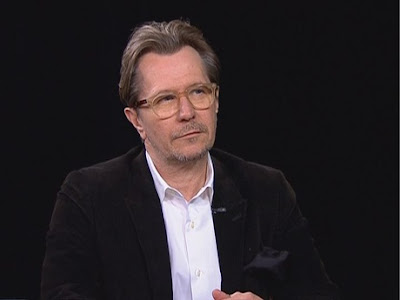 Nominated for Best Actor in his role in Tinker Tailor Soldier Spy for tomorrow night's 84th annual Academy Awards (his first nomination) GQ published yesterday, a profile of Gary Oldman that has long been delayed since 2009.
GQ - "The Gary Oldman Story That Almost Wasn't"

"There have been films before in which [Oldman] vanishes in plain sight—people who even noticed that he was in JFK would often note how elegantly Oliver Stone had meshed archive footage of the real Lee Harvey Oswald with the scenes in which Oldman imitated him. (There was no archive footage.)"