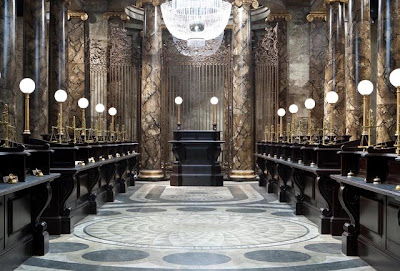 As part of an ongoing leading-up-to-the-Oscars series, Vanity Fair has profiled three-time Oscar winner Stuart Craig who served as the production designer for Harry Potter and the Deathy Hallows Part 2 (a.k.a. Harry Potter 7 Part 2) and is nominated for Best Art Direction.
Read the story to learn about "how he turned a roll of paper, some dollhouse furniture, and a set of paints into Gringotts, Diagon Alley, and the Room of Requirement."
Vanity Fair - "From Sketch to Still: From Marbling Gringotts to Painting Diagon Alley, How Harry Potter’s Art Direction Earned Its Oscar Nod" 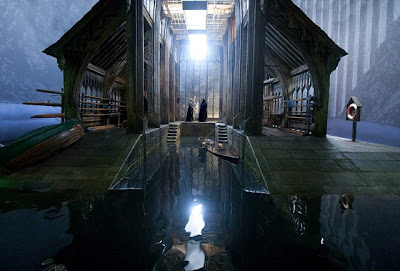