Fly like a butterfly, sting like a Wasp. @PatrickMahomes believed in himself, this play call, and the @Cheetah on the #SBLIV's Turning Point. @Chiefs pic.twitter.com/xTTU7AL6OQ 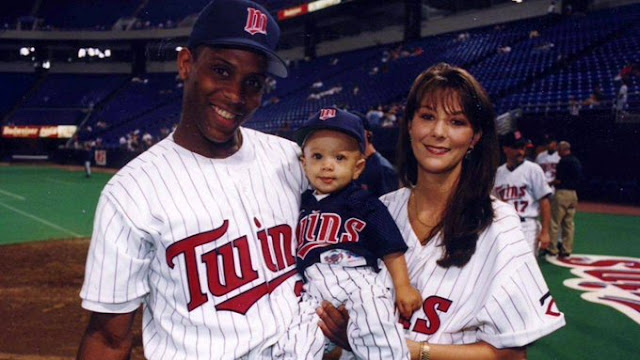 "At TwinsFest on Friday night at Target Field, Pat Mahomes spoke with a palpable sense of optimism about his son’s future.

As though he knew this was only the beginning.

After all, Patrick Mahomes is still on an upward trajectory, his star rising with each sidearm throw and no-look pass, that looks more like video game sequence than real life.

Those types of plays might have more to do with his background in baseball than one might realize.

“It played a big role,” Pat Mahomes said. “Just being able to throw off different platforms and make different throws. Most people don’t try it in a game. He isn’t afraid to try that stuff.”

That’s where the legend of Patrick Mahomes begins, on the baseball diamond.

Not the football field.

Originally chosen in the sixth round of the 1988 major league baseball draft, Pat Mahomes broke in as a pitcher with the Twins in 1992 and carved out a decade-long career in the big leagues.

That meant Little Patrick Mahomes spent most of his childhood inside clubhouses. His first taste of the major leagues came when he could be found bopping around the New York Mets’ clubhouse.

Little did Patrick Mahomes know, those experiences, no matter how inconsequential they seemed at the time, were molding him into the leader he’d become nearly two decades later.

“No doubt,” Pat Mahomes said. “He got to see what it was like to be a professional. Just sucking it all in. He was with me in the World Series in 2000, and there was 65,000 people in the stands. Now when he goes out and there’s big crowds like that, it’s not a big deal to him. It’s like he’s just playing a game.”" 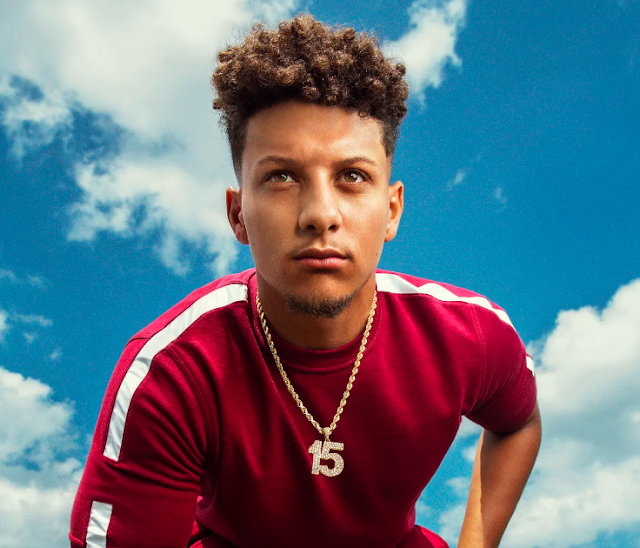 "... His pandemic routine keeps him steady. Though he flourishes in chaos on the field, off it Mahomes adheres to a strict regimen. He's up at 7 a.m., often with no alarm. He flips on TV, usually ESPN—where occasionally he'll find that he's the topic of discussion—drinks his coffee, then drinks a pre-workout supplement concoction, in that order. At 9 a.m., a workout: an hour for arms, an hour and a half for legs. Then he eats lunch, after which some days he has a virtual meeting with teammates and coaches or he plays video games. Only in this narrow noon-to-2 p.m. window, though. He doesn't “want to get lost in playing video games all day.” During the season he swears them off.

He's become an avid golfer, and 3 p.m. is tee time, if COVID-19 restrictions allow him to play. If not, that's when he hits the Peloton, using the screen name 2PM, a nod to his fascination with time and a reference to his full name, Patrick Mahomes II. He's as fierce on a stationary bike as he is on the field. “I'm so damn competitive that I kill myself,” he tells me. “I see the leaderboard, and I see that, like, Brian from North Carolina is catching me, and I'm like: ‘There's no way.’” Better, he's found, to ride alone, where he opts for 30-minute scenic routes, riding to sunsets. By 5 p.m. he's hanging out with Brittany and their two dogs. Then dinner and TV. Bedtime is 9:30, 10 at the latest." 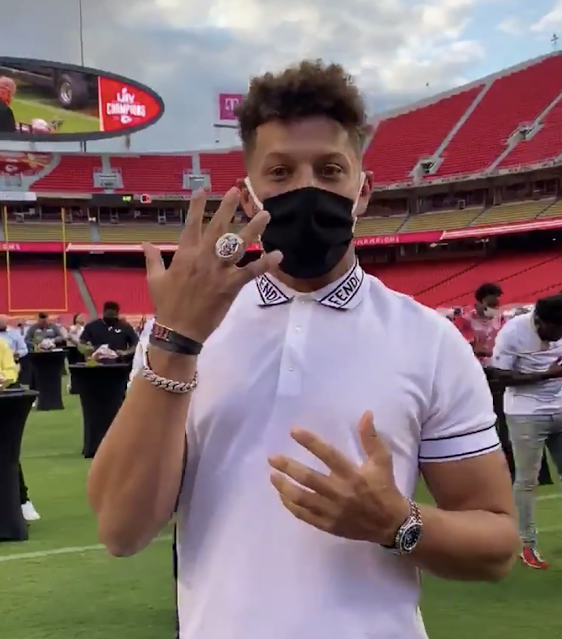