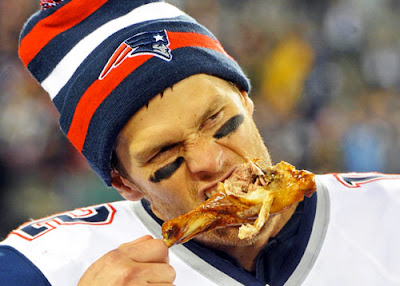 Men's Health – "Here's What Tom Brady Eats Every Day, and on Game Day"

"In his 2017 book, Brady explained that he was focused on eating “alkalizing” foods, or foods meant to decrease inflammation in your body. For lunch, Brady would eat fish and vegetables, and his personal chef revealed that 80 percent of what the Brady household eats is vegetables.

However, Brady says that he now gives himself some breathing room when it comes to his diet. "I have a friend who freaks out if it’s not the most organic this or that, and I’m like, 'That stress is going to harm you way more than eating that chip is,'" he explained.

That said, Brady does favor routine: berry-and-banana smoothies pre-workout; avocado and eggs for breakfast; salads with nuts and fish for lunch; hummus, guacamole, or mixed nuts for snacks; and roasted vegetables and chicken for dinner.

And in his gym and fridge tour, Brady revealed a fridge full of fruits like grapes, blueberries, apples, pears, bananas, and veggies like cucumbers, kale, and spinach. He likes to add TB12 electrolytes to his water, and he's a fan of recovery fluids.

On gamedays, his meals are simple: a smoothie and an almond butter and jelly sandwich.

Brady doesn't mind treating himself, but if he does, it has to be worth it.

"If I’m craving bacon, I have a piece. Same with pizza. You should never restrict what you really want. We’re humans, here for one life," the quarterback told Men's Health. "What’s changed as I’ve gotten older is now if I want pizza, I want the best pizza. I don’t eat a slice that tastes like shit and then wonder, 'Why am I eating shit pizza?'"" 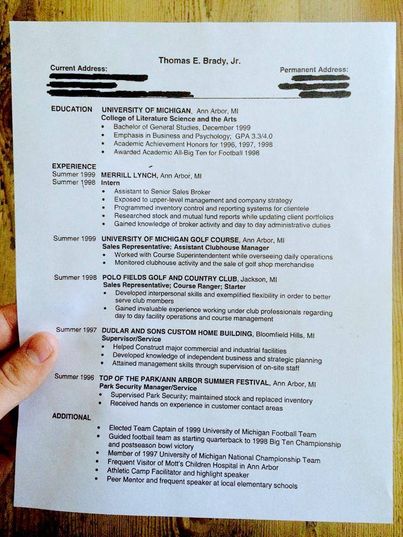 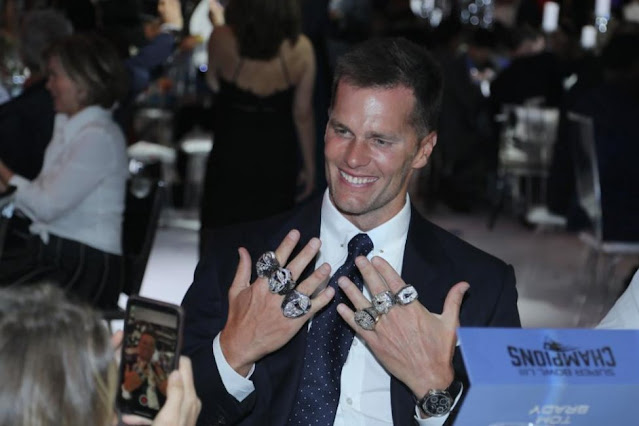