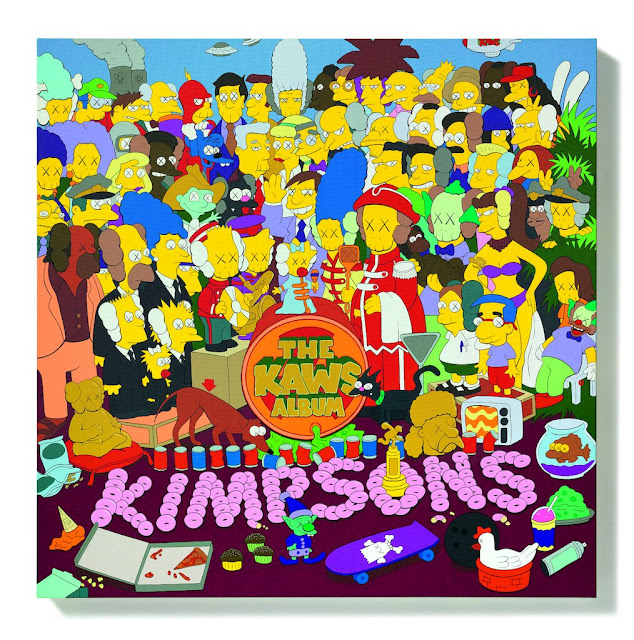 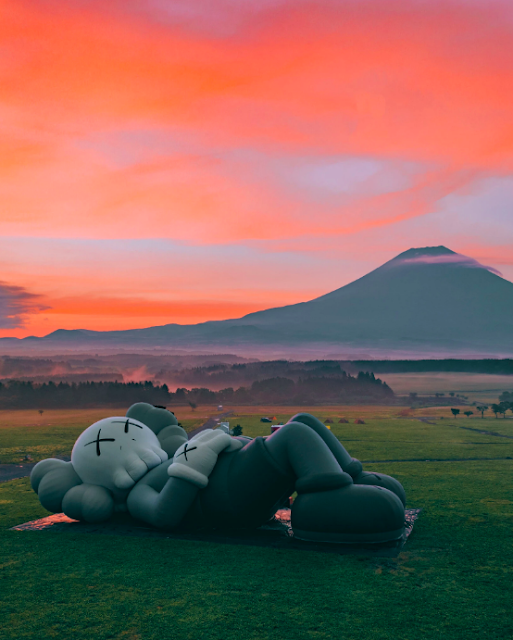 New York Times – "The Surprising Ascent of KAWS"
"According to the auction catalog, “The KAWS Album” not only is Donnelly’s “most accomplished work on canvas” but also displays a “prescient vision and affectionate irreverence for our times, manifesting as an iconic apotheosis of KAWS’s entire artistic and cultural lexicon.” Once the auction opened, a bidding war drove the price to nearly 15 times its valuation. An unknown bidder — some believe it was Justin Bieber — paid $14.8 million for it.

Donnelly, who started out as a graffiti artist in the ’90s, often appropriates recognizable cartoon figures from pop culture, including “Sesame Street” characters, Mickey Mouse and SpongeBob SquarePants. In the last decade, his work has become an increasingly recognizable sight at major art institutions, though his embrace of popular media like streetwear and children’s entertainment have also marked him as a perpetual outsider within the elitist art industry. “The KAWS Album,” however, sold for so much money that it was no longer possible for the industry to dismiss him."
KAWS: WHAT PARTY
Brooklyn Museum
February 26-September 5, 2021
Previously,
KAWS LES Basketball Courts (November 2016)
KAWS at the Pennsylvania Academy of the Fine Arts (October 2013)
KAWS's MTV VMA Moonman (July 2013)
CBS Sunday Morning - "Street artist KAWS reaches new heights" (November 2012)
KAWS - Macy's Thanksgiving Day Parade Float (November 2012)
KAWS - Passing Through (June 2011)
Posted by Eric at 4:25 PM