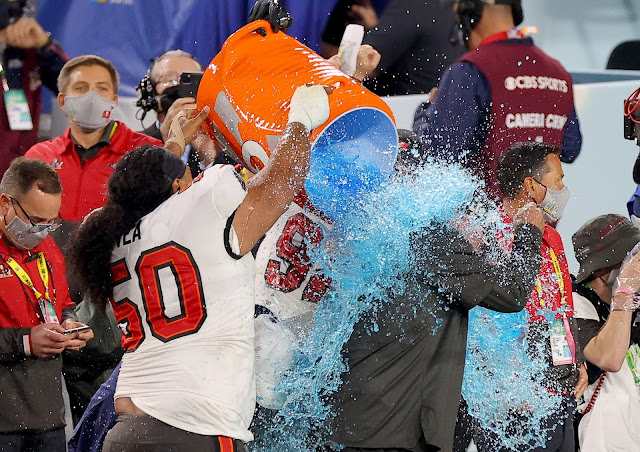 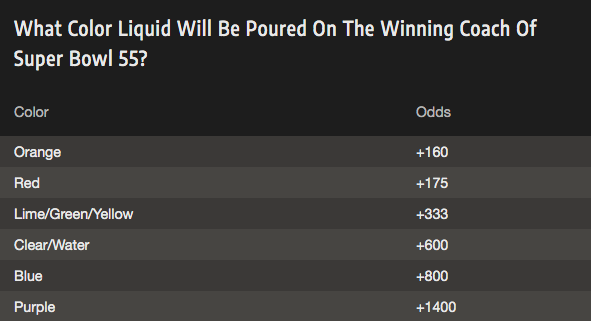 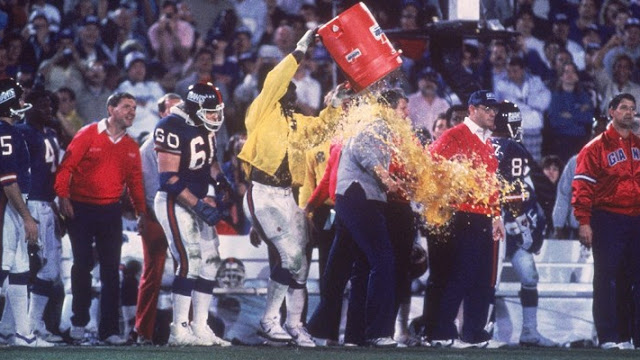 According to Wikipedia, "The tradition began with the New York Giants football team in the mid-1980s. According to several sources, including Jim Burt of the Giants, it began on October 28, 1984, when the Giants beat the Washington Redskins 37–13, and Burt performed the action on Bill Parcells after being angry over the coach's treatment of him that week. Burt insisted that Harry Carson dumped the Gatorade on Parcells, because Carson was a favorite and wouldn't get in trouble." 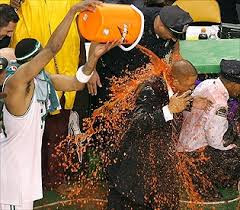 "Boston Celtics coach Doc Rivers was reported to be the first NBA coach to receive a Gatorade shower when his team won the 2008 NBA Finals.[7] Paul Pierce dumped a cooler of red Gatorade over Rivers as the Celtics closed out Game 6 to clinch their first NBA title in 22 years." 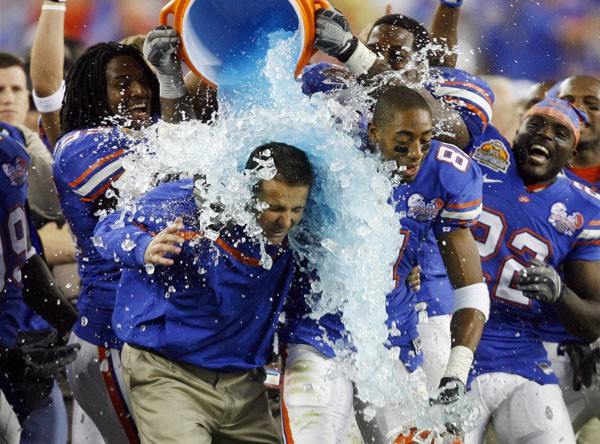