Somebody needs to take the National Geographic audio and dub it over a Kobe highlight reel.
Watch for the #2 dunk where Kobe does the behind-the-back dribble then reverse slam.

This is worth watching for the rap at the end.
Posted by Eric at 12:29 PM No comments:

Directed by Chappelle Show co-writer Neil Brennan.
Coming out August 14th.
And, the Red Band Trailer
Posted by Eric at 12:09 PM No comments:

Compulsive liars know what's going on.
Posted by Eric at 7:52 PM No comments:

"What makes Kobe so unstoppable?"

The Most Valuable Puppets
Posted by Eric at 7:11 PM No comments:

The Slumdog Price is Right

This sort of summarizes what I saw in Slumdog Millionaire
Posted by Eric at 4:59 AM 1 comment:

Who is the ballest of them all? 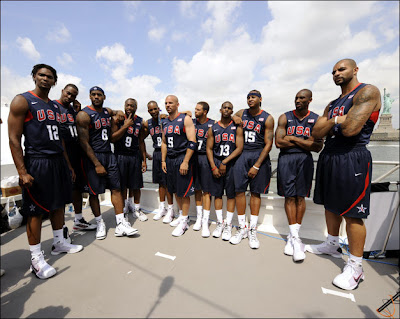 The Orlando Magic topped the Cleveland Cavaliers in the Eastern Conference Finals Game 1. The L.A. Lake Show closed out the Denver Nuggs in the Western Conference Finals Game 1. Both games were epically close and ESPN Classic worthy.
And, both games featured teams that were respectively led by one of the five starters from last Summer's USA Olympic Gold Medal winning basketball team.
Which star had the best Game 1 in their conference final?
Which teams will win their series? Who do you want to see duke it out in the NBA Finals?

Writer/Director Quentin Tarantino and stars Mike Myers and Diane Kruger of Inglourious Basterds talk to the NBC Today Show.
You know Samuel L. Jackson narrates the film?
Posted by Eric at 12:26 AM 1 comment:


If you dig the artwork + concepts of these ads you must check out The Macrophenomenal Pro Basketball Almanac.
Posted by Eric at 9:30 PM 2 comments:

Inglourious Basterds made its world premiere last night at the Cannes Film Festival in France. Above, you'll find two clips from the film. Below, the first few reviews. Click here to read more of the early buzz.

Back when Shaquille O'Neal was playing for the Miami Heat he compared his career with All-NBA guards to the Corleone brothers. Shaq said Dwayne Wade was Michael, Kobe Bryant was Michael and Anfernee "Penny" Hardaway was Fredo.
But, to really understand Penny's everlasting impression on basketball just have Craig Sager ask King Lebron James,

"You know I've never patterned my game after anybody, but I can receive flashes of Magic and some of Penny Hardaway one of my favorite players."

"Why do we live together?"

Maybe this is why I liked Star Trek so much

DON'T watch this
unless you have seen J.J. Abram's new Star Trek.
Posted by Eric at 3:14 AM 1 comment:

Michael Ray Richardson
Posted by Eric at 8:44 PM No comments: 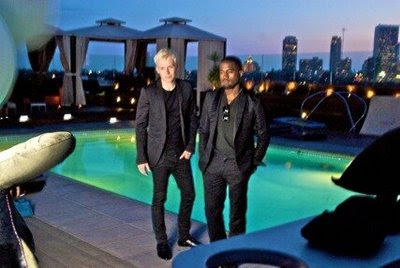 This guy must be popular

Drizzy Drake
Posted by Eric at 7:42 PM No comments:

Based on the 2003 novel by Dennis Lehane. Martin Scorsese has directed this thriller starring Leoanrdo Dicaprio, Mark Ruffalo, Ben Kingsley and Michelle Williams. Shutter Island is scheduled to be released October 2, 2009.
The poster was first seen out in Cannes, France. The Cannes Film Festival begins tomorrow May 13 and goes until May 24th when the Golden Palme d'Or is awarded. Past winners of this prestigious award include Blow-up, Taxi Driver, Apocalypse Now, Pulp Fiction, The Pianist and Fahrenheit 9/11.
Quentin Tarantino's Inglourious Basterds is an official selection of this years Cannes Film Festival. The movie will be premiered May 20.
Posted by Eric at 9:49 AM No comments:

"The Celtics, the little defending champs that could, won tonight on a Big Baby buzzer-beater. This might be the series that goes seven and really builds some suspense. But could it ever, really? There's a cloud of doom hanging over these games, like, sure, one team will eventually triumph, but neither one has a prayer of matching Cleveland. It's lambs to slaughter, and this foreboding makes it almost too painful to watch. Even if it goes seven games."
-Bethlehem Shoals

Who was more clutch?


Carmelo Anthony's last second trey to beat the Dallas Mavericks and take Denver's series advantage to a 3-0 or Glen "Big Baby" Davis with the low-post J that tied the Boston Celtics-Orland Magic series at 2-2?
The Amazing?
Posted by Eric at 9:08 AM No comments: 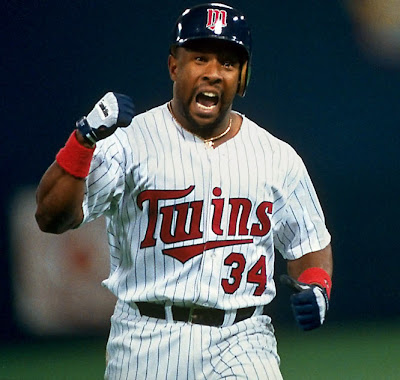 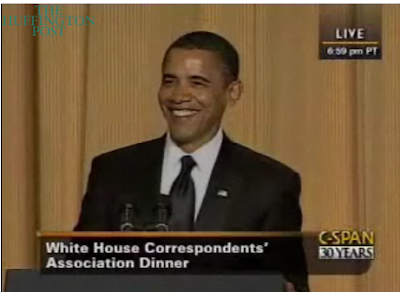 Woody Allen Back on the Scene

With Larry David of Curb Your Enthusiasm and Seinfeld fame.
Whatever Works will be out in limited release June 19, 2009.
Posted by Eric at 9:46 AM No comments: 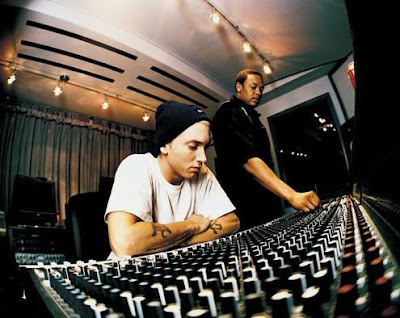 Relapse, Eminem's first album in five years is entirely produced by Dr. Dre. Coming out May 15th.
Eminem - Beautiful
Eminem - Hello
Posted by Eric at 11:39 AM No comments:

Blood flowing. D. Fisher and Ron Artest ejections. Two games in, the intensity in the split Houston Rockets - Los Angeles Lakers series has been raised to an all new plateau.
You don't believe the stakes have been raised? Watch the Ron Artest interview above.
He saw someone get stabbed with a lead pipe through the heart? 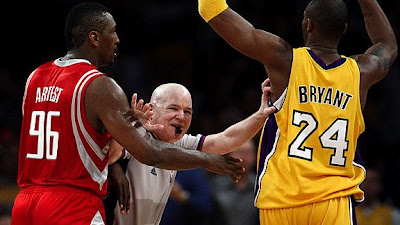 Tarantino NYTimes interview
Posted by Eric at 3:52 PM No comments: 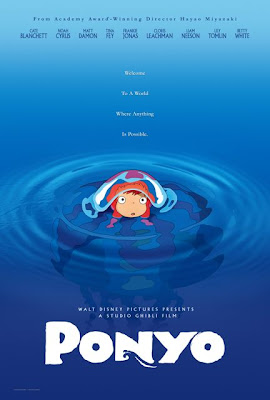 Japanese filmmaker Hayao Miyazaki has a new film, adapted from Hans Christian Anderson's The Little Mermaid, coming out in the United States this Summer.
To give you some perspective /Film says Miyazaki is the Japanese equivalent of Walt Disney and Steven Spielberg combined. Both Princess Mononoke and Spirited Away won Picture of the Year at the Japanese Academy Awards and Spirited Away won the 2003 Oscar for Best Animated Feature.
Cate Blanchett, Tina Fey, Matt Damon and Liam Neeson are among the English voices that will dub over the Japanese film.
Ponyo, August 14, 2009.
Posted by Eric at 12:30 PM No comments:

See You When I Get There