Previously, Batkid.
Posted by Eric at 8:27 AM No comments: 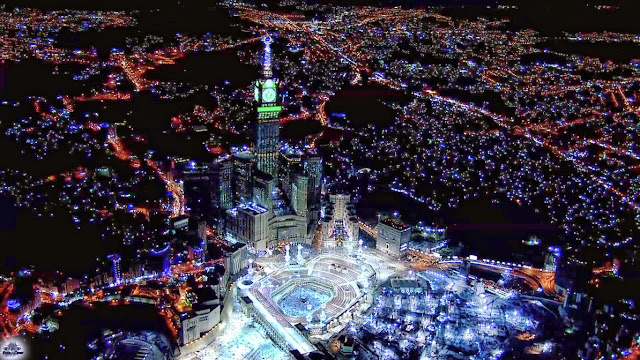 The Saudis buy American F-18s for the same reason that bank owners hire Brinks guards: to protect their loot—in this case, huge pools of oil sitting in a region that is descending into what looks to be a long, intimately violent war. Obama has introduced novel honesty into U.S.-Saudi discourse, though the younger royals present the same dilemma as their elders. They show no sign that they are willing to embrace democratic values, act compliantly, or become less sectarian, but, to secure promises of protection from the world’s most powerful military, they likely will accommodate American bases and arms sales, up to a point. For now, the alliance remains a strange pact of mutually complicit, resentful hypocrisies. "
Posted by Eric at 9:11 PM No comments:

Can you name every cameo?
Posted by Eric at 9:08 PM No comments:

Sam and Frodo's Walk to Mordor 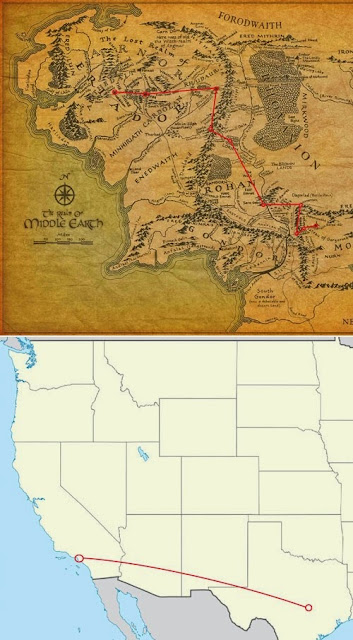 A.V. Club - "Someone figured out exactly how far Sam & Frodo traveled in The Lord Of The Rings"
Posted by Eric at 8:23 PM No comments:

"Every morning, at a little past ten, Murray leads a brief meeting with his team. A dozen coders and artists stand among the rows of computers, or swivel their chairs around. In a quick rundown, problems are identified, goals set; in the evening, work is checked into a master build. Murray delegates readily but watchfully.

During my visit, four artists outlined their plans, and then sat down to work. The artists devise archetypes for the coders’ algorithms to mutate. One spent a day making insects: looking up images on Pinterest, designing features for an insect archetype, studying how the algorithms deformed the archetype in hundreds of permutations, then making corrections. “It’s a constant slog of iterating and polishing,” the art director, Grant Duncan, told me. He was working that day on architectural modules that could be combined in myriad ways. Because small changes can have unpredictable effects—the color of a single plant infecting every tree, rock, and animal on a planet—his team uses an algorithmic “drone” that navigates the universe, taking snapshots to measure the repercussions of decisions. Occasionally, Duncan stopped his work to offer suggestions. Reviewing some insects, he said, “Except for the colors, these shapes are kind of working—but the others are bonkers.”

"Still, we forget that this is how Joan was (and is). We forget that the people we love aren’t always reasonable and idealistic and good. Which, weirdly, is proof that we really do love them."


Grantland - "Human Resources: Work Friendship and the Hidden Legacy of ‘Mad Men’"
Posted by Eric at 4:41 PM No comments: 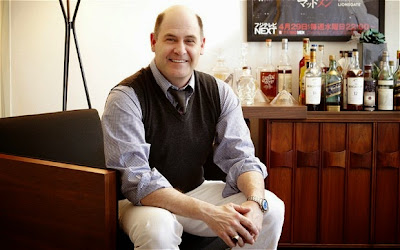 "The greatest regret I have is that, early in my career, I showed myself such cruelty for not having accomplished anything significant. I spent so much time trying to write, but was paralyzed by how behind I felt. Many years later I realized that if I had written only a couple of pages a day, I would’ve written 500 pages at the end of a year (and that’s not even working weekends). Any contribution you make on a daily basis is fantastic. I still happen to write almost everything at once, but I now cut myself slack on all of the thinking and procrastination time I use. I know that it’s all part of my creative process."
Posted by Eric at 4:37 PM No comments: 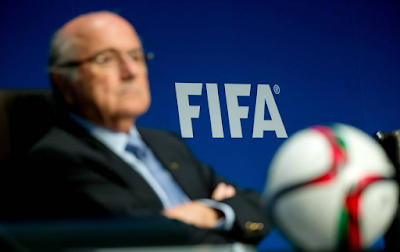 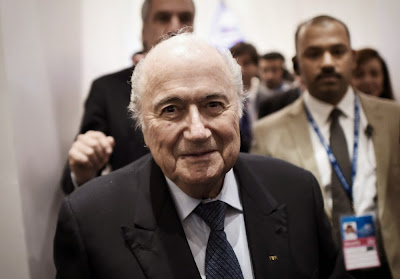 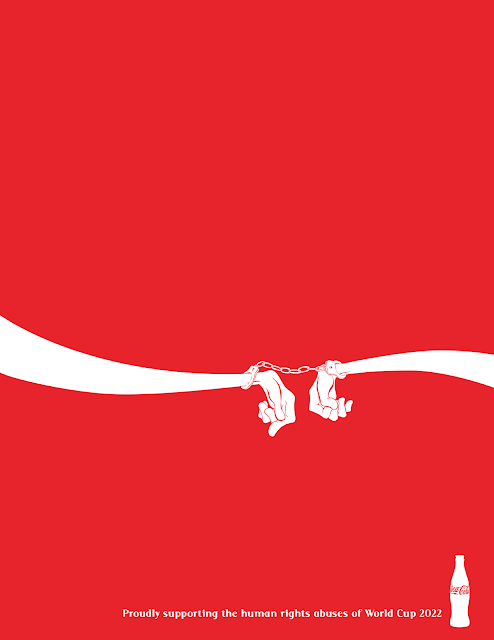 Reddit - "Coke's slogan is "Share Happiness". So I made an ad to remind them of the kind of happiness they're sharing in Qatar."
Posted by Eric at 4:34 PM No comments: 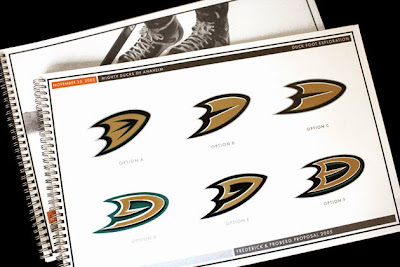 Sporting News - "An inside look at Ducks' logo change from '07, their Stanley Cup year" 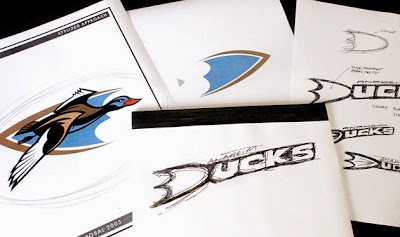 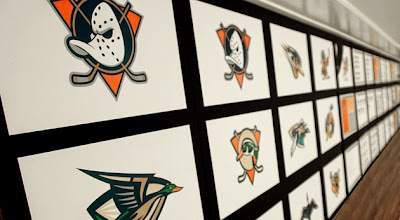 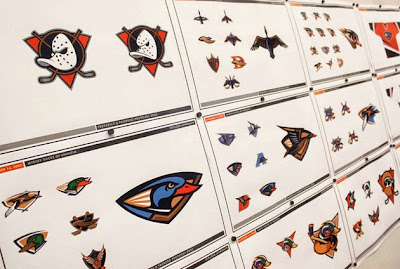 A.V. Club - "Pour yourself a drink and watch the last Mad Men teaser ever"
Posted by Eric at 8:24 AM No comments:

GoT Theory - Why Sansa Will Win The Iron Throne

Tower of the Hand - "Why Sansa will win the game of thrones"
Posted by Eric at 1:12 PM No comments:

VICE - The Mystical Universe of Magic: The Gathering

The Verge - "A new font based on Einstein's handwriting is being developed"
Posted by Eric at 12:25 PM No comments: 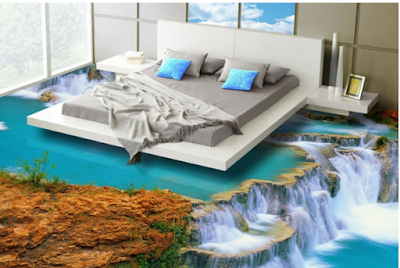 PSFK - "3D Flooring Lets You Roll Out of Bed into Paradise" 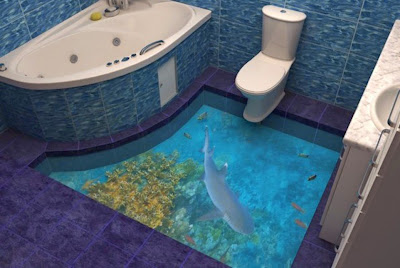 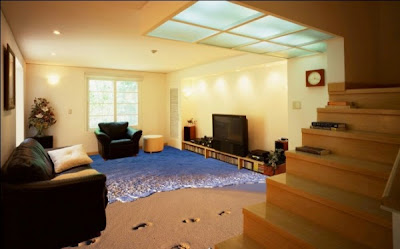 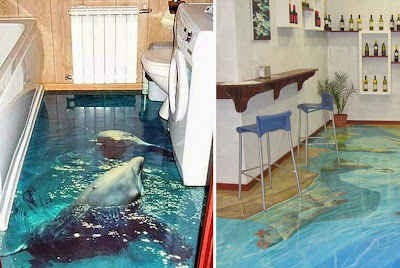 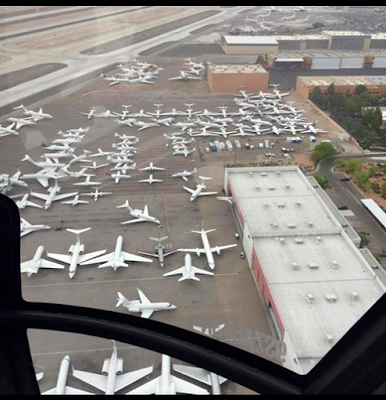 "Rita Carrillo, manager for Signature Flight Support, one of the companies receiving private planes at McCarran, also told the newspaper that the weekend’s estimated volume was the largest she could remember in her 30 years at the airport.

“I don’t think people realize the magnitude of this event,” Carrillo said, continuing, “and the type of clientele that is coming in to see us.”

Business Insider - "Saturday's big fight was filled to the brim with celebrities and VIPs"
Posted by Eric at 7:21 AM No comments:


The Verge - "Watch Elon Musk announce Tesla Energy in the best tech keynote I've ever seen"
Posted by Eric at 9:04 PM No comments:

The Verge - "Dark Horse: The Story of a Record-Shattering, All-Electric '68 Mustang"
Posted by Eric at 9:02 PM No comments: