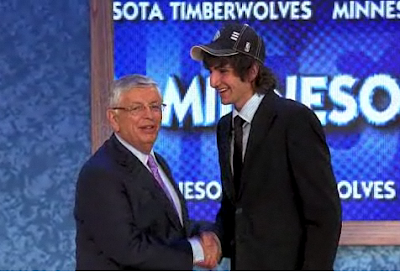 Minnesota is the worst location for NBA players?

I know it's cold, but with a promising frontcourt in Al Jefferson and Kevin Love and booming twin cities filled with culture, clean-air, good-looking Scandanavian women and what Men's Journal has decreed as one of the 2009 Best Places to Live, the Minnesota Timberwolves is the worst franchise to play for?

I know, it will cost Ricky Rubio $6.6 million dollars to get out of his current European basketball contract. But, that didn't seem like such a problem two days before the draft when Rubio said he wanted to play in the NBA so bad that he would play for free. Look, he makes an annual salary of $0,180,000 for DKV Joventut and the starting salary of an NBA fifth draft pick is $3,269,160.
And, that $3,269,160 salary with the Minnesota Timberwolves would be the same $3,269,160 whether Rubio were to play for the New York Knicks now or even the Los Angeles Lakers.
Minnesota seems like a small market. But, it is a market with an NBA team. I realize that Rubio had probably never heard of Minnesota growing up in Catalonia, Spain. And, that his dreams of playing in the NBA were probably envisioned in a red Chicago Bull jersey or on a marquee at Madison Square Garden right next to Times Square. But, future NBA players' fate lie in the NBA Draft lottery (non-corrupt we hope) and the decision making of team general managers. If the New York Knicks really wanted Rubio that bad they would have found a way to draft up.
Which brings up a bigger point. Why would Rubio, if he wanted to come to the NBA and be a star, want to play for the New York Knicks? Chris Duhon, Larry Hughes, Wilson Chandler, Al Harrington, David Lee. Has anyone ever heard of these players? They play in the United States' biggest market in New York City and yet the Knicks starting roster is full of no names.
And I know, we've all heard the rumors that LeBron James will come and save the Big Apple next summer by signing with the New York Knicks. I have even alluded to this on WDA. But, where did those rumors ever gain merit? Why would LeBron want to play for the Knicks? The best thing the Knicks have going for them is coach Mike D'antoni. His talentless Knicks couldn't even win 33 games in an 82 games season.* And, his Phoenix Suns never won a championship with a roster full of talent. New York City is the United States biggest market, but it's pretty obvious that LeBron has in no way missed the spotlight playing for the Cleveland Cavaliers.
So, why can't Ricky Rubio join the Minnesota Timberwolves and help a promising young team win some games, gain some hype and bring the national spotlight to one of the 2009 Best Places to Live? It's not like we have the biggest shopping mall in America for Rubio's mom to shop in. And it's not like Kevin Garnett was a virtual unknown in the 12 seasons, 10 All-Star appearances and one MVP award winning season he spent as a Minnesota Timberwolf.

Forreal, come and play in Minnesota Ricky Rubio and you will never see the national spotlight. Just ask Joe Mauer. 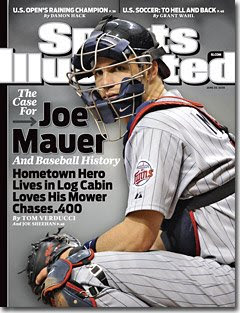 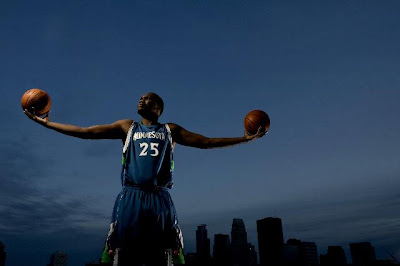 *In anticipation of hate. The Minnesota Timberwolves only won 24 games last season. But, I must remind all that the Timberwolves had one of the greatest winning percentage of all teams in the NBA in the month of January before T-Wolves star and team leader Al Jefferson went down with a torn ACL.
Posted by Eric at 5:22 PM No comments: 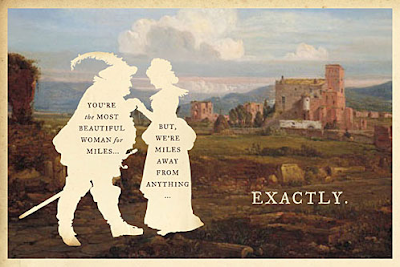 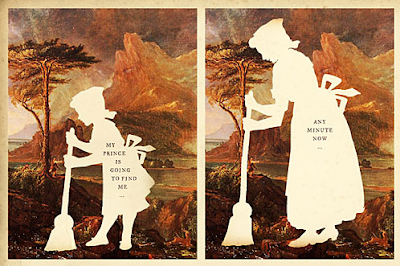 
The debuted music video for Jay-Z's Death of Autotune produced by No I.D. and Kanye West. The first single off of The Blueprint 3 (September 11, 2009). The video features Harvey Keitel and LeBron James.
Click here for the song download.
Posted by Eric at 8:04 AM 2 comments: 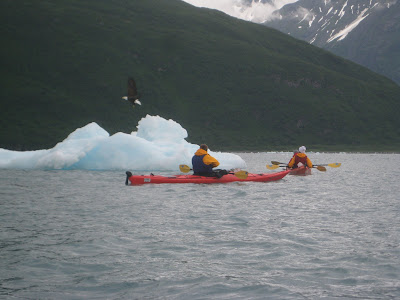 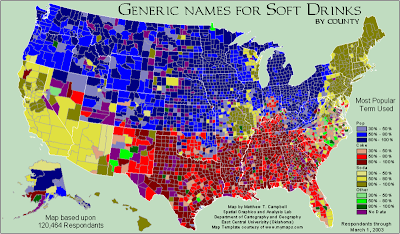 You know what I mean when I call Mountain Dew "pop."
Posted by Eric at 11:36 PM No comments:

What year did the Jetson's live in? 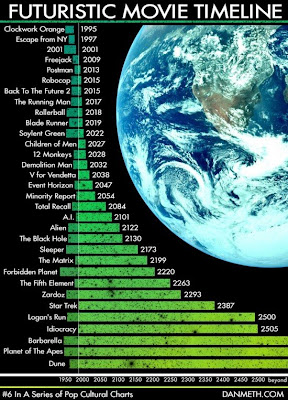 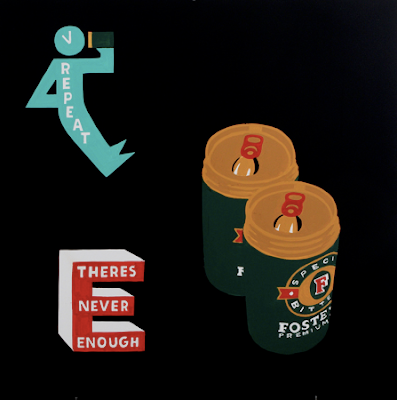 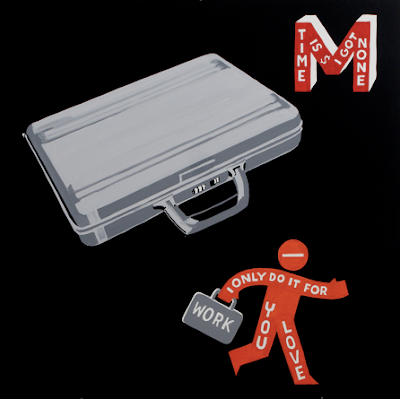 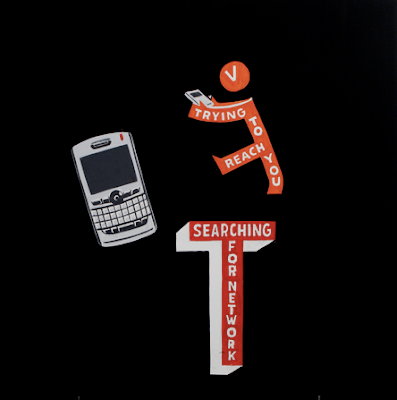 Steve Powers - Visual Blues
Work from life, both good and trife
Posted by Eric at 8:13 AM No comments: 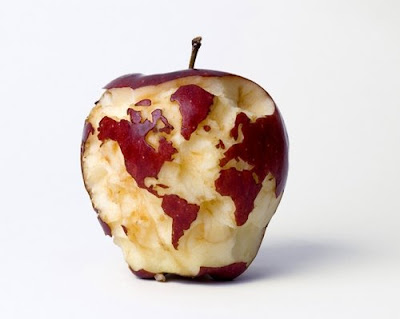 Scorsese's horror thriller Shutter Island, based off the book of the same name, is coming out October 2, 2009.
Posted by Eric at 9:50 PM No comments:

Song Has Become My Obsession

The song from the Funny People trailer.
It's amazing how music can transcend through movies.
Posted by Eric at 1:38 PM No comments: 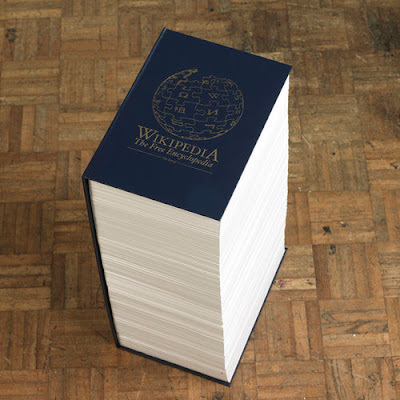 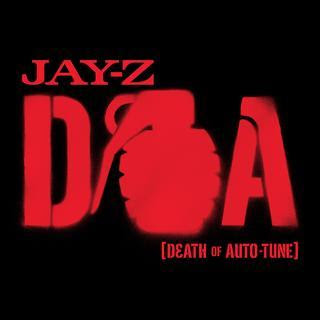 "DC chillin, PG chillin. My name Wale and I came to get it."

The Renegade You Been Afraid

Jay-Z and Eminem - "Renegade"
This is the first time I've ever seen them perform together.       Quality of raps, excellent. Quality of video, deece.
Posted by Eric at 5:56 PM No comments: