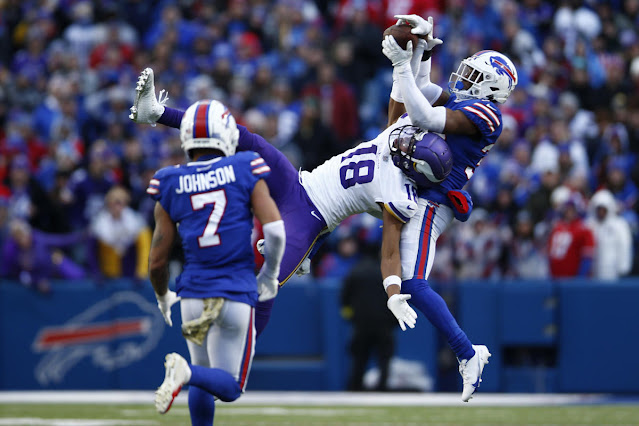 " HE RUNS DOWNFIELD as if traveling on grooves. He reaches full speed within two strides, his feet like stones skipping across a flat lake, his hips swerving in and out of cuts without betraying his intent. Vikings receiver Justin Jefferson is a storm that feels far away until it's suddenly overhead. Defenders must feel like they're trying to cover a cloud.

There's a word for the way Jefferson moves on a football field, and it's a word that isn't normally associated with a sport that revels in its brutality. But watch this man long enough -- the edge-of-a-cliff stops, the strides unchanging even as the ball nears, the head remaining on the same flat plane through his route -- and only one word spreads its arms wide enough to capture the nature of the experience: elegant.

Watching him run is like thumbing through a flipbook. The 9-2 Vikings are running away with the NFC North, and Jefferson is on his way to breaking or at least challenging several NFL milestones. He's already the all-time leader in receiving yards for the first three seasons, and with 1,232 yards through 11 games, he's got an outside shot at becoming the league's first 2,000-yard receiver. He was the first to amass 3,000 yards in his first two seasons, and he and Michael Thomas share the record for most receptions (196) in the first two seasons of an NFL career. But the statistics are just a litany of the mundane. They ignore the visceral moments, the way the eye is drawn to the electric, defibrillator-paddle jolt of his talents." 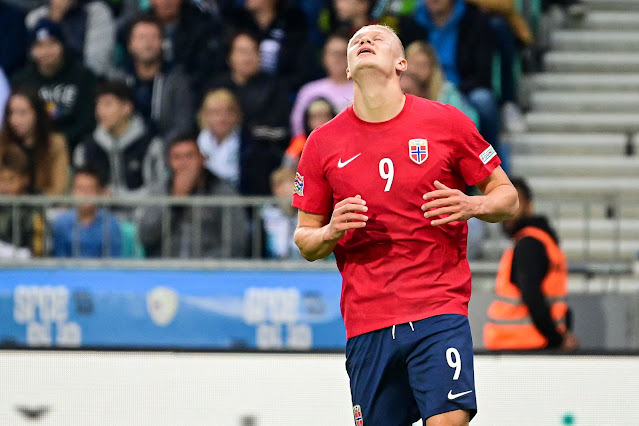 ESPN - "Way-too-early look at 2026 World Cup: Expect France to win, Mbappe vs. Haaland, US to go deep in knockouts"

Get ready for Haaland v. Mbappe

There will be no Messi vs. Cristiano Ronaldo in 2026, but get ready for Erling Haaland to challenge Kylian Mbappe for the status as football's biggest superstar.

Norway have not qualified for the World Cup since 1998, but with Manchester City forward Haaland and Arsenal captain Martin Odegaard now leading the team, it's difficult to imagine they won't make it in 2026. France forward Mbappe already has two glittering World Cup tournaments to his name from 2018 and 2022, but Haaland is the one player right now who can challenge him for the billing as football's most exciting star.

The 2026 World Cup needs Haaland, and he is such a potent goal scorer that Norway should be able to claim one of Europe's 16 qualification spots to ensure he plays on football's biggest stage. 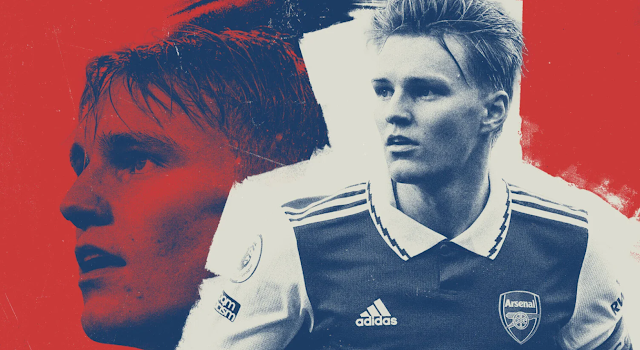 Video Games in the 2023 Zeitgeist 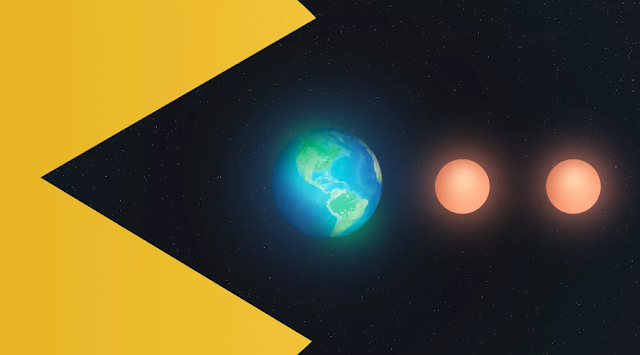 Axios - "Gaming takes over everything"

Video games will move to the center of the entertainment and pop-culture universe next year.

Why it matters: Streaming services, Hollywood studios, tech giants — even the Saudi government — are racing to capitalize on gaming's vast and ever-expanding popularity, and its lucrative intellectual property.

Gaming movies are the biggest challenger to Hollywood’s superhero hegemony:


The big picture: Gaming is now a $184 billion business, a lucrative IP resource for other media — and the leading edge of the tech industry, both as a business and a harbinger of the industry’s policy battles.
The games themselves are poised for a blockbuster year, too:


Reality check: Not every bit of video gaming breathlessness works out.


Between the lines: This is what happens when a subculture has been deepening its roots for a half-century.


The bottom line: From World of Warcraft to Wordle, it's a game-lover's world.
Posted by Eric at 5:47 PM No comments:

The Last of Us Trailer 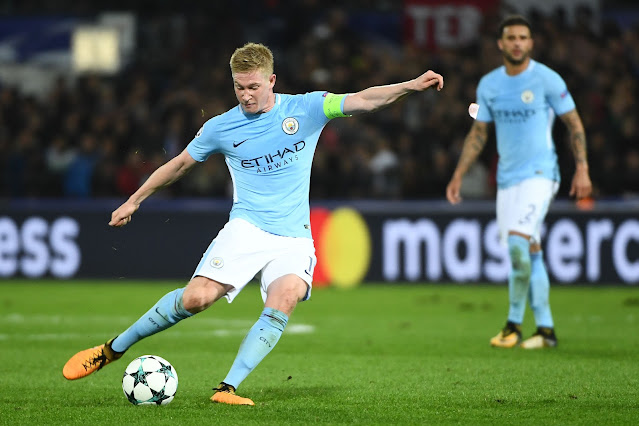 The Guardian - "‘After a while it eats you up’: Kevin De Bruyne on dealing with the spotlight, life at home and whether he gets paid too much"

"I ask why so many European footballers seem better educated than their British counterparts. Perhaps the difference is languages, he says. “There are a lot of people from different countries who speak two or three languages, where English players usually only speak English. I come from a country where by 13 you are studying Dutch, French and English.” With languages, perhaps comes wisdom and humility – an ability to put yourself in the shoes of others, a knowledge that your way is not the only way. He smiles. The Belgian way was never going to be the only way, he says. “Everybody in Belgium always watches English TV anyway!”"

Alex Ovechkin Chasing The Great One 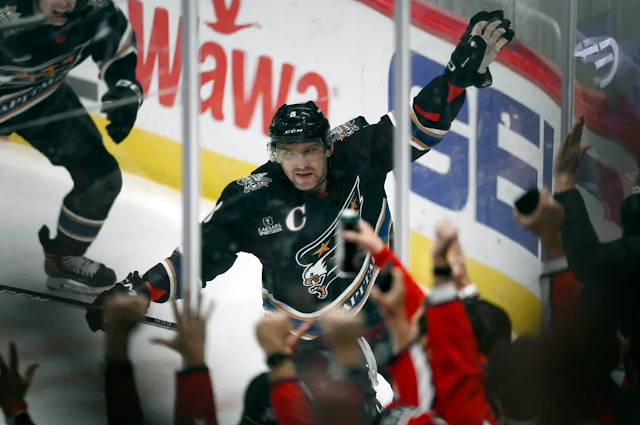 New York Times - "Alex Ovechkin Has 802 Goals. Wayne Gretzky Is Next in His Sights."

Messi's Walk in the Park 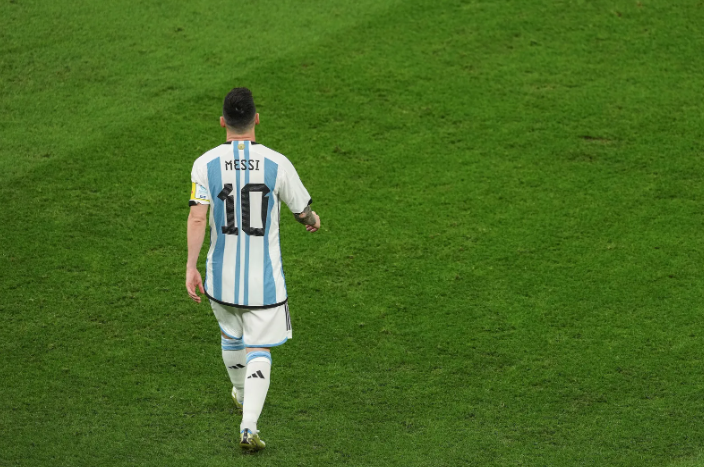 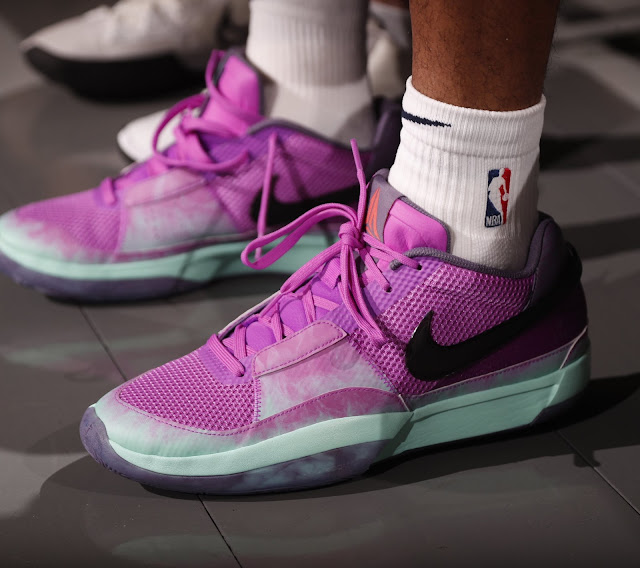 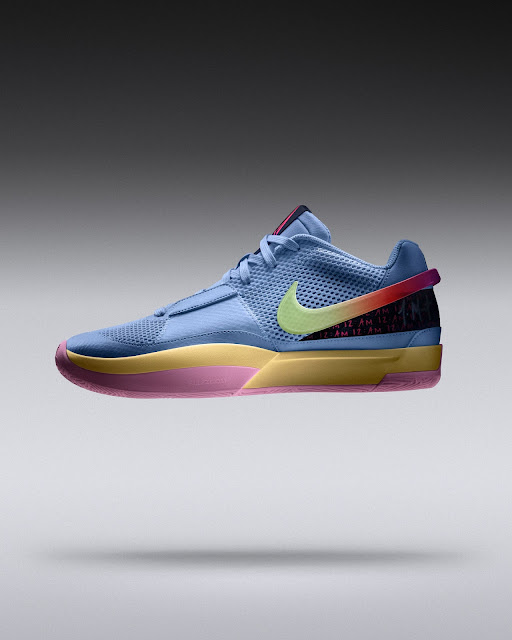 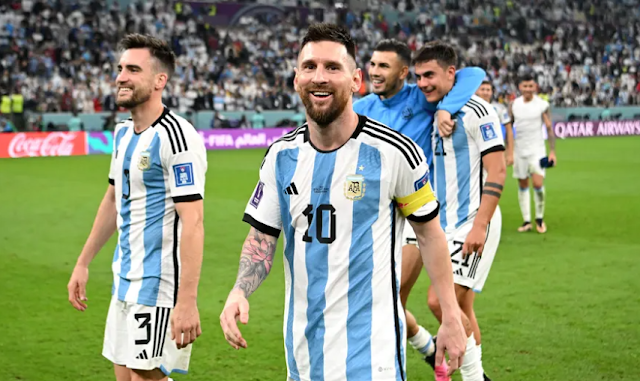 The Guardian - "Messi’s final World Cup is not just a competition. It is a cause, a rebellion"

"Over the past few days, a photo has done the rounds: in it, an 11‑year‑old Julián Álvarez stands alongside his idol, Lionel Messi. He now has another one 11 years on: teammates this time, Messi holds him in a headlock and beams after the Manchester City striker scored against Croatia.

“The things Leo can do are incredible,” he said, and he had seen that first hand, there to finish off an impossible assist, the best of the competition. Except perhaps for the one Messi gave to Nahuel Molina in the previous round.

Messi had provided that pass and the tackle-pass which released Álvarez, running and bundling through, to score the second. It was Enzo Fernández meanwhile who had delivered the ball that led to Messi scoring the first, via the penalty spot. And he too had grown up watching the man who gave Argentina the lead, who grabbed them and pulled them to a second World Cup final, much like Maradona.

In 2016, when Messi was contemplating walking away, Fernández posted a message on Facebook which signed off saying sorry and thank you. It ran: “How are we, a bunch of nobodies who don’t live with 1% of the pressure you do, 40 million people making ridiculous demands of perfection when we don’t even know you, going to try to convince you? Do what you want but think about staying and enjoying it.”

Now at last he is, the time of his life and theirs carrying all of us to a final farewell." 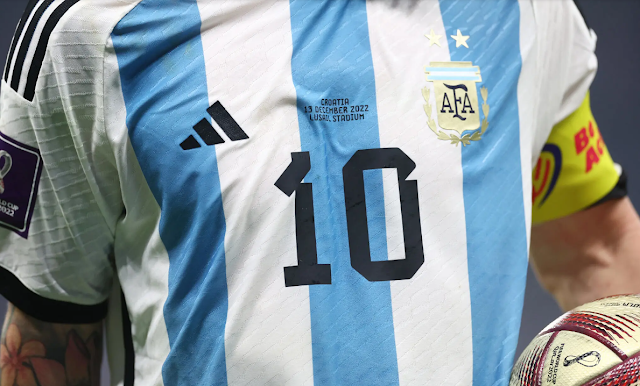 New York Times - "It’s the World Cup Souvenir Everyone Wants. Getting One Is the Hard Part."
By Rory Smith

"Claiming his jersey from a World Cup final, of course, would be the ultimate souvenir for any of the France players fortunate enough — or savvy enough — to land it. The odds, though, may not be in their favor. Pride of place in Messi’s own collection appears to belong to the jersey he wore in his first World Cup final, in 2014. Some things may be so significant, so collectible, so treasured, that even Messi wants them for himself." 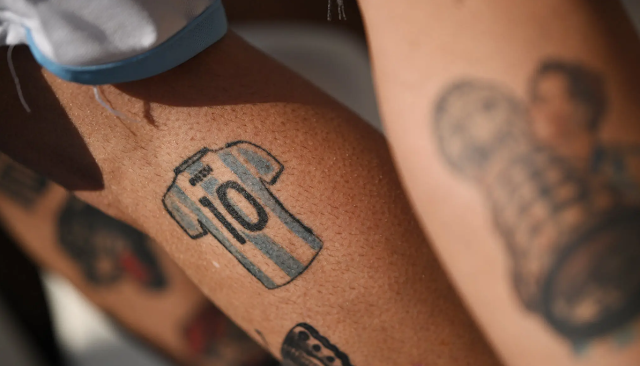 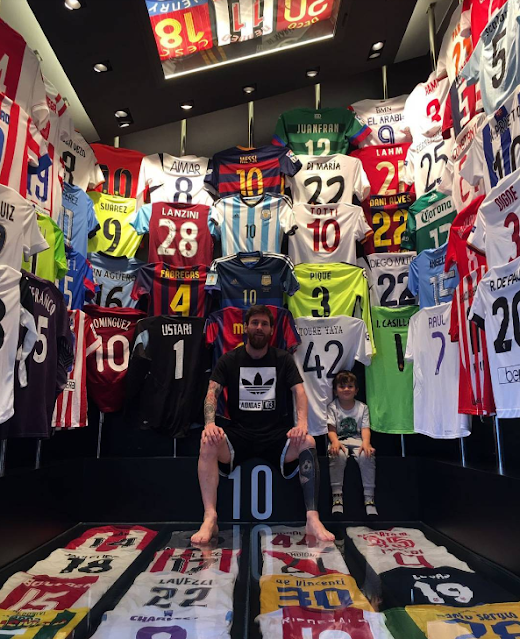 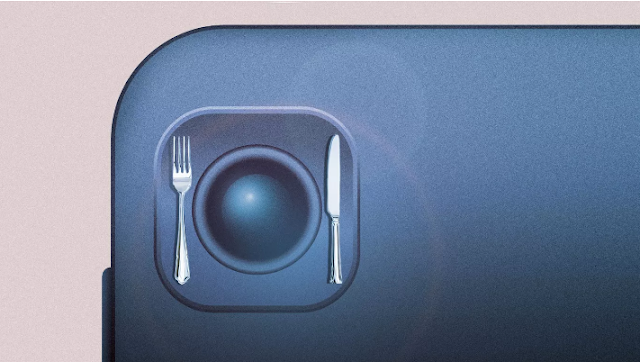 Dishes that are an aggressive mash-up of global flavors — like sashimi tostadas and tandoori spaghetti — will hit restaurant menus in 2023, a style that's been dubbed "chaos cooking," food prognosticators say.


Why it matters: With dining out almost back to pre-pandemic levels, people continue to crave novelty in their meals as well as video-friendly foods they can show off to their friends (butter boards, anyone?).

Driving the news: A review of year-end restaurant prediction reports reveals many common themes, such as the rise of "eatertainment," new interest in Latin American cuisine and nonalcoholic booze, and the emergence of a jumbled culinary genre called chaos cooking.


It's part of a trend called "flavor tourism" that has consumers seeking "to expand their palates with unique global fare," according to the National Restaurant Association's 2023 culinary forecast.


What we'll see in 2023: Mondays are trending as a dining-out night, as they're seen as "an extension of the weekend" in the hybrid work era, Soo says.
The intrigue: There's an arms race to create video-friendly dishes for TikTok, which is rapidly supplanting Instagram and Facebook as the go-to social platform for people deciding where to eat. 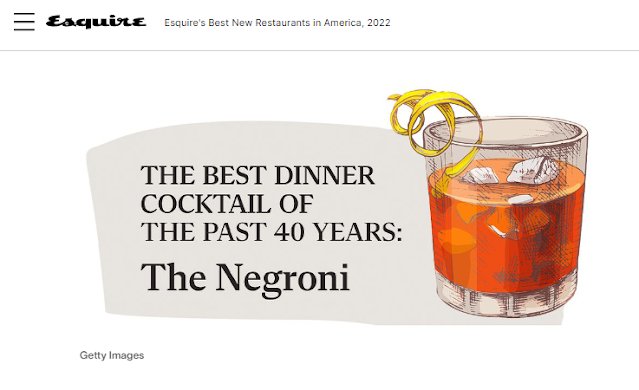 I noticed it while procrastinating during my senior year of college.

I was flipping through the October 1987 issue of Esquire when I spotted an article titled “Oddballs.” The piece raised a toast to three “off the beaten track” cocktails that an adventurous reader might be inclined to seek out— “drinks for those times when ‘the usual’ is just too damned usual.”

The first of the three? The negroni.

The negroni is ubiquitous at restaurants now—even overexposed, appearing in a rainbow of hues that depart from the traditional Atomic Fireball red—so it might surprise you to learn that in the same year that gave us Oliver Stone’s Wall Street and Tom Wolfe’s The Bonfire of the Vanities, the average Esquire reader viewed it as an oddity. I, too, was something of an oddball in 1987, so I sought out this Italian cocktail with the diligence of a stalker, especially once I moved to Manhattan to write for magazines.

But even then, bartenders tended to serve me a blank stare if I tried to order it.

(Or they botched it altogether, sidestepping the negroni’s tripartite alchemy and simply pouring me a watery bowl of Campari with a splash of gin.) I eventually tasted a proper negroni at a midtown restaurant called Palio, and it was love at first sip: sweet, bitter, floral, layered with secrets. Gradually I watched the negroni move from the margins to the mainstream. Yes, it’s lovely now that I can order a decent one wherever I go, but I can’t help feeling a different sort of tripartite alchemy— equal parts nostalgia, bemusement, and whiplash. —J. G.

Previously,
The Return of the Martini (Apr 2022) 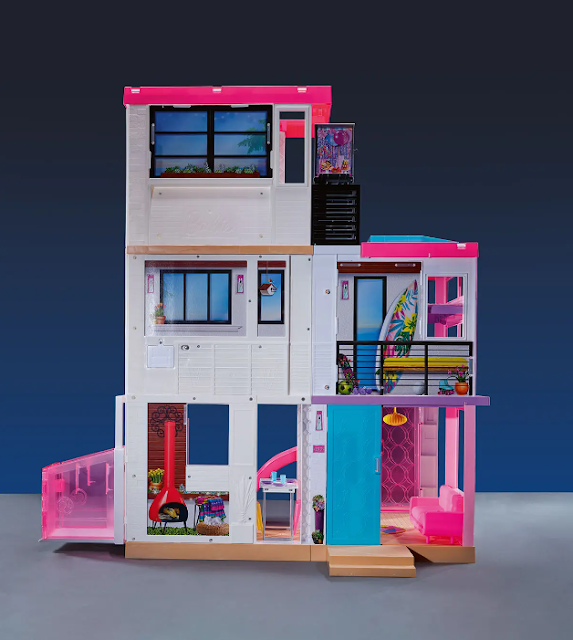 "In 1962, three years after Barbie was born, Mattel introduced Barbie’s Dreamhouse: a folding ranch house that was the first of many domiciles that evolved with the times.

After beginning modestly in cardboard, the Dreamhouses became plastic, pastel, palatial and electrified, often all at once. They acquired elevators, sun decks, modern European furniture, recycling bins and multiple bedrooms — though Barbie remained perennially single and holding the lease (or mortgage).

To honor this 60-year milestone, Mattel collaborated with the design magazine PIN-UP on a limited-edition art book, “Barbie Dreamhouse: An Architectural Survey.” The 151-page monograph tracks the evolution of Dreamhouses through six examples, shown with their original furnishings and architectural blueprints.

What readers will not see is Barbie herself, or any of her friends or family. With Greta Gerwig’s “Barbie” movie opening in July and the doll’s hyper-pink aesthetic hitting Instagram like a strawberry milkshake tsunami, feminist revulsion toward the doll is taking a back seat to ironic celebration.

“Camp has become the white noise of our culture,” said Whitney Mallett, a contributing editor of PIN-UP, who edited the book with Felix Burrichter, the magazine’s founder (the design and concept are by Ben Ganz).

The book examines the cultural and architectural forces that shaped the Dreamhouses over the decades, including Queen Anne Victorianism, midcentury modernism and back-to-the-land granola-ism.

It also quotes writers, artists and architects on how Barbitecture shaped their own psyches. “Barbie’s house is infinitely more exciting than Barbie herself,” writes Elvia Wilk, a cultural critic. “The structures we live within — fantasize about living within — say more about our lives and dreams than plastic bodies ever will.”" 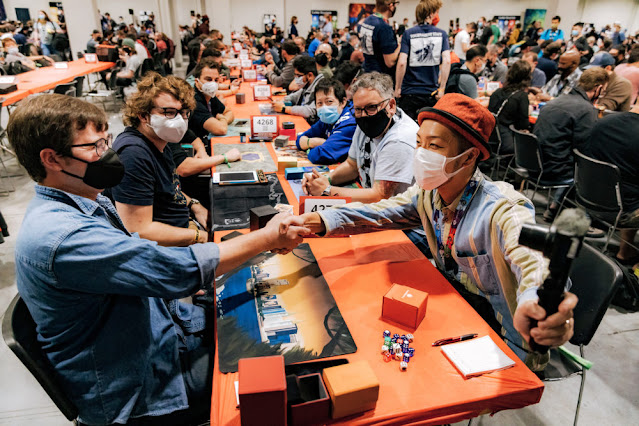 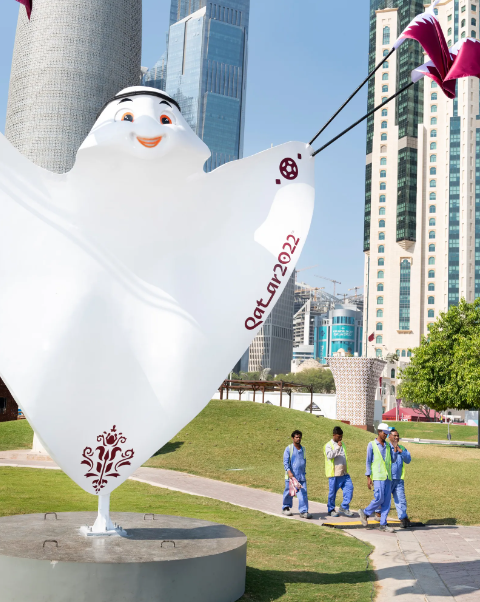 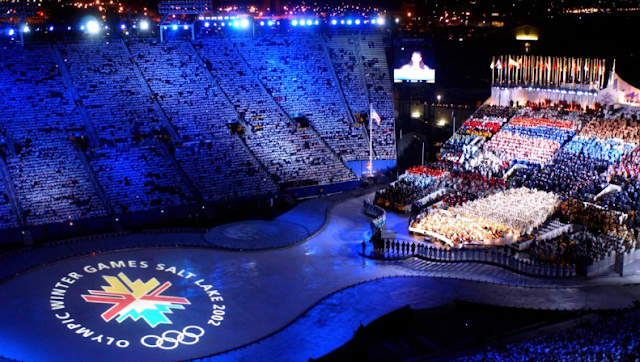 Guardians of the Galaxy Volume 3