Packers @ Patriots Sunday 8:20 pm EST on SNF on NBC
Tom Brady and Aaron Rodgers play each other for only the second time in their careers.

LeBron's reaction to the ad above:


Related,
Netflix is co-producing a 10-hour documentary on Jordan's last Chicago Bulls season with ESPN. Scheduled to be released sometime in 2019.

National Sword and the Changing Global Landscape of Trash/Recycling 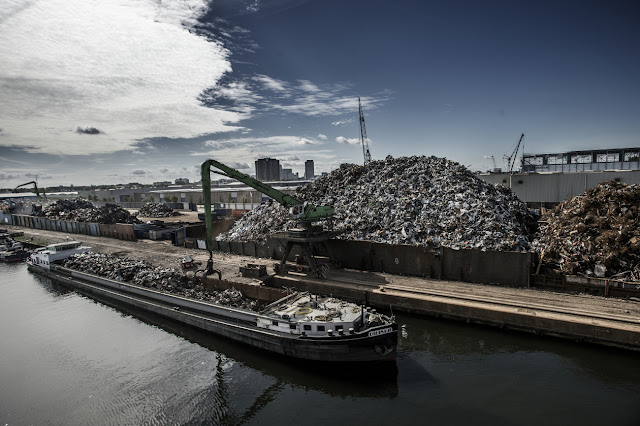 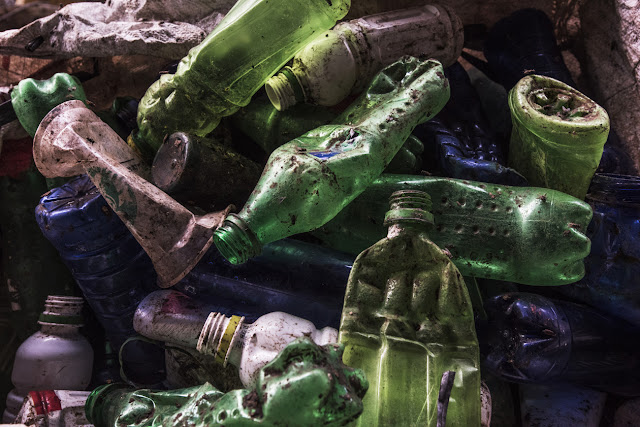 Financial Times – "Why the world’s recycling system stopped working: China’s refusal to become the west’s dumping ground is forcing the world to face up to a waste crisis"
Posted by Eric at 5:27 PM No comments: 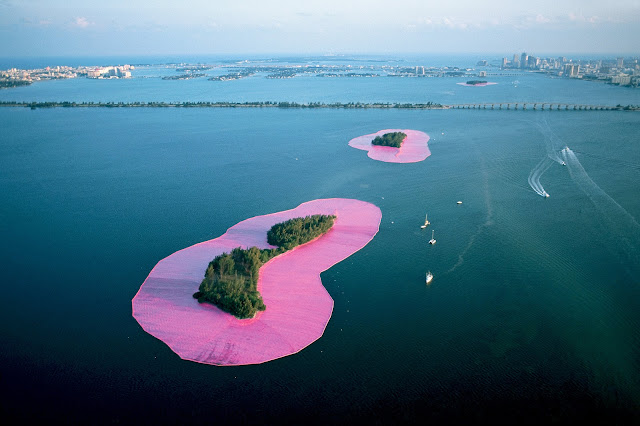 Previously,
'Over the River'
Posted by Eric at 5:24 PM No comments: 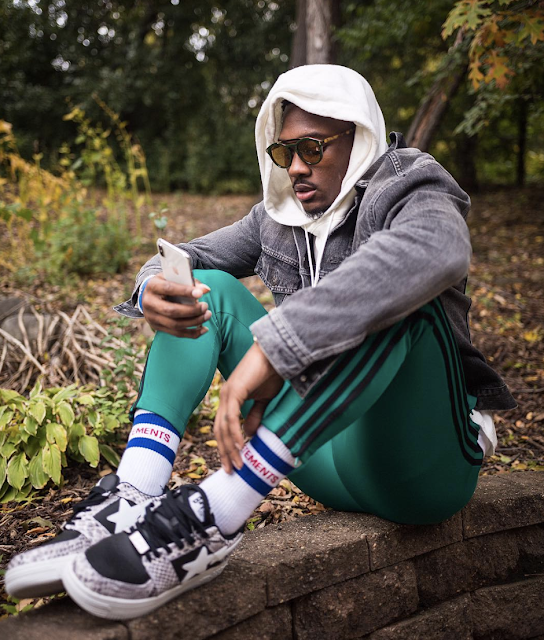 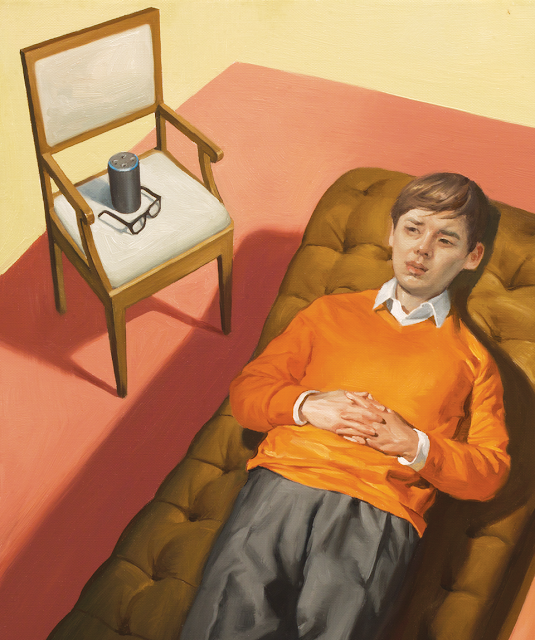 A 2017 study published in American Psychologist makes the case that when people talk without seeing each other, they’re better at recognizing each other’s feelings. They’re more empathetic. Freud understood this long before empirical research demonstrated it. That’s why he had his patients lie on a couch, facing away from him. He could listen all the harder for the nuggets of truth in their ramblings, while they, undistracted by scowls or smiles, slipped into that twilight state in which they could unburden themselves of stifled feelings."
Posted by Eric at 5:17 PM No comments: 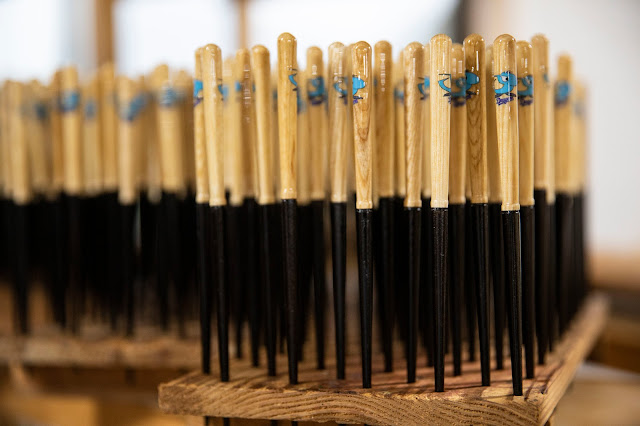 "Aodamo wood — durable, light, flexible and resistant to splintering — was once used to make most of the professional bats here. But baseball officials, sporting goods companies and conservationists say aodamo is no longer considered economically feasible to log on the northern Japanese island of Hokkaido, considered the sweet spot for bat production."

"But it can take 50 to 70 years for an aodamo tree to grow to a height and thickness needed to make bats. Even then, only four to six bats can be made from one tree. Lumber companies no longer feel it is cost effective to cut the trees just to make bats, Mr. Naito said."
Posted by Eric at 5:13 PM No comments: 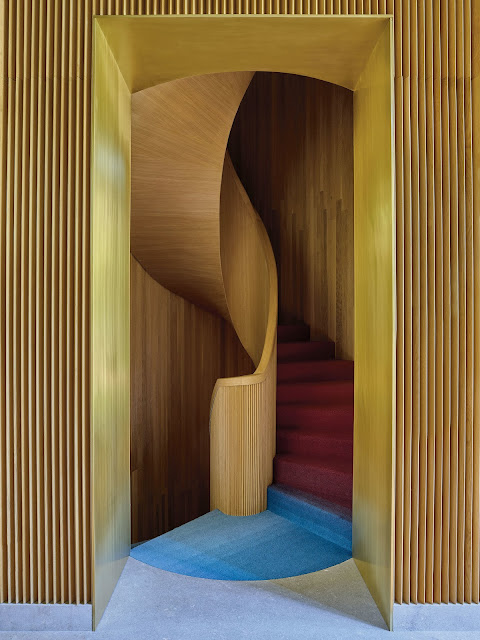 New York Times – "From the Director of ‘Call Me by Your Name,’ a New Project: A House" 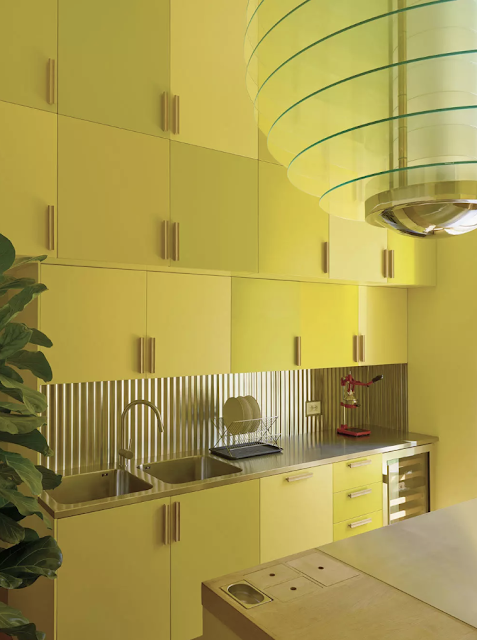 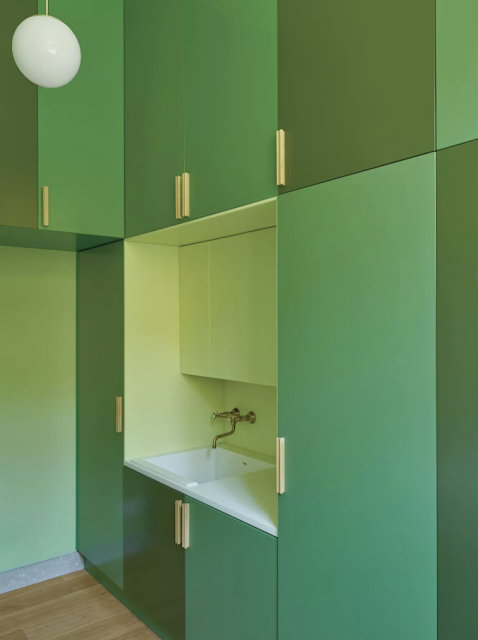 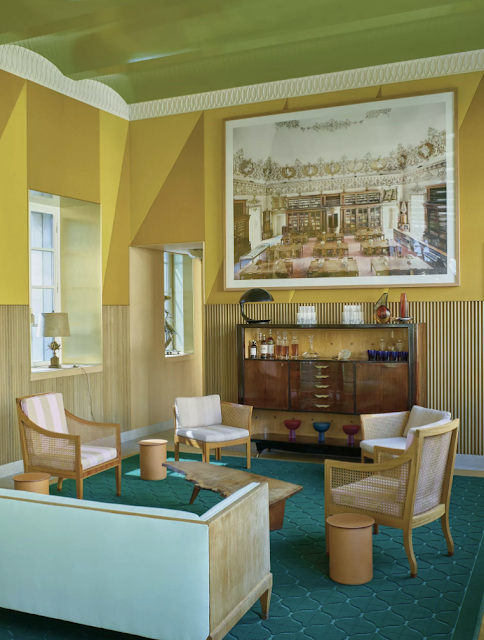 "At the time of the Shockley betrayals (1957), other regions were much better positioned than Silicon Valley to become the tech industry’s breadbasket. Route 128, a beltway around Boston, was home to so many universities and pioneering computer firms that it soon became known as America’s Technology Highway. But by the nineteen-seventies Route 128 had been overshadowed by Northern California. Economists later suggested that the Valley’s culture of betrayal was a major reason for its success. Massachusetts’ laws made it difficult for employees to join rival companies or create new businesses. Engineers in Boston were typically forced to sign non-compete agreements that required them, if they quit, to wait at least a year before joining a competitor or creating their own firms. But in California non-compete agreements were illegal. That prohibition had been inserted into the state’s commercial code almost by accident, in the eighteen-seventies, when California lawmakers—seeking to save time—virtually copied a set of statutes that had been proposed (and then rejected) by New York’s legislature. When California’s early legislators outlawed “every contract by which anyone is restrained from engaging in a lawful profession,” none of them could have foreseen that, a century later, their decision would transform the global economy."
Posted by Eric at 4:08 PM No comments: 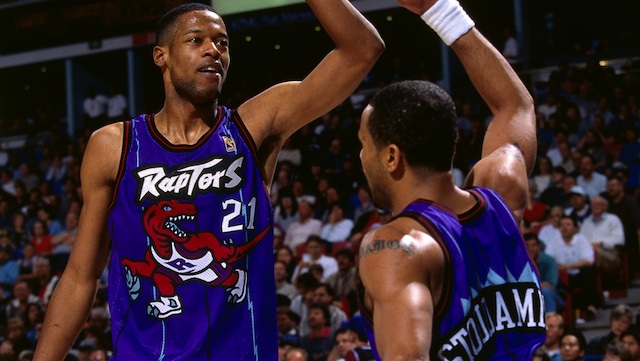 Slam Online – "The Making of the GOAT Jersey: An Oral History of the Raptors Throwback 🔥"
Posted by Eric at 11:26 AM No comments:

New York Times – "The story of how Kit Kats, once a British chocolate export, became a booming business from Hokkaido to Tokyo — and changed expectations about what a candy bar could be."
By Tejal Rao
Posted by Eric at 8:52 AM No comments: 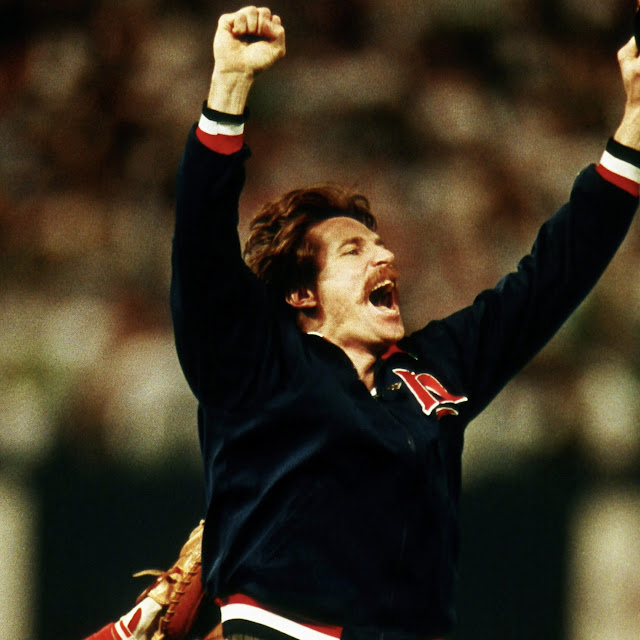 The Athletic – "An oral history of Game 7 of the 1991 World Series: The night Jack Morris was unbeatable"
Posted by Eric at 10:00 PM No comments:

The Greatest Video Game of All Time 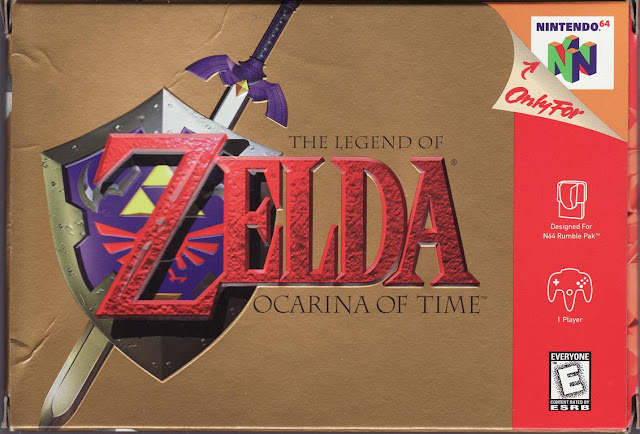 The Ringer – "Why ‘The Legend of Zelda: Ocarina of Time’ Will Always Be the “Best Game Ever”"
Posted by Eric at 9:58 PM No comments: 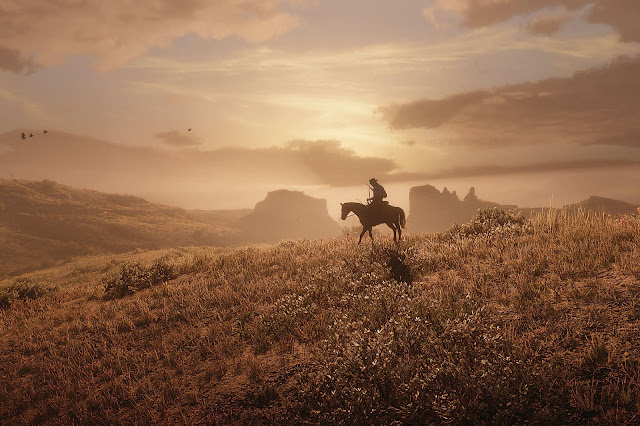 "The final script for Red Dead Redemption 2’s main story was about 2,000 pages. But if he were to include all the side missions and additional dialogue, and stack the pages, Dan estimates the pile “would be eight feet high.” Bringing the script to life meant 2,200 days of motion-capture work — compared with just five for Grand Theft Auto III — requiring 1,200 actors, all SAG-AFTRA, 700 of them with dialogue. “We’re the biggest employers of actors in terms of numbers of anyone in New York, by miles,” says Dan. Before a motion-capture shoot that would last two or three weeks, there were meetings “four hours each day for four days. We want it as tight as possible for motion-capture because we’re burning a lot of money very quickly [at those sessions].”"
Posted by Eric at 7:32 AM No comments: 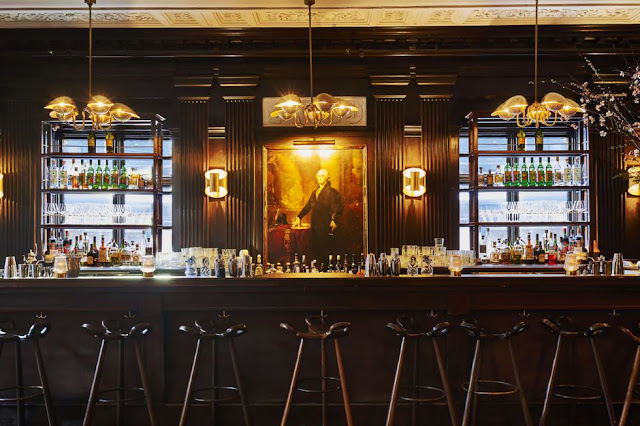 The Daily Beast – "Cocktail Bars vs. Dive Bars:A plea to end this spirited feud among modern drinkers."
By David Wondrich
Posted by Eric at 7:30 AM No comments: 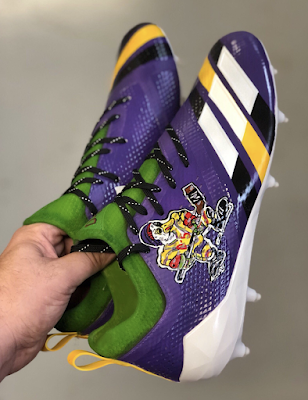 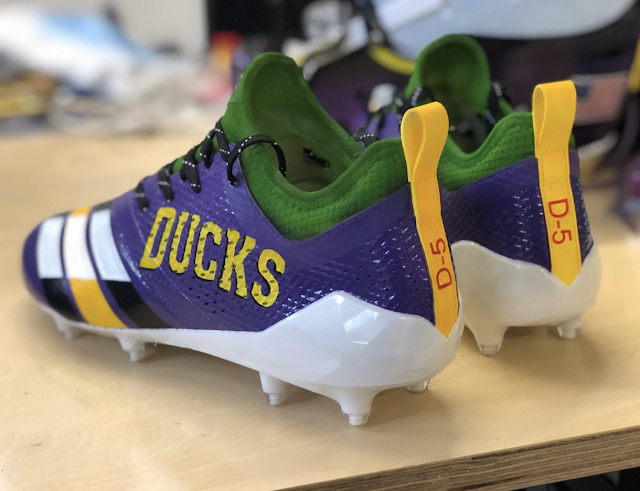 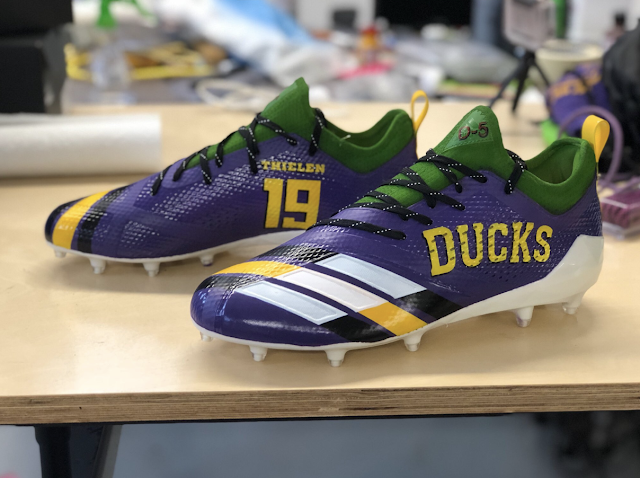 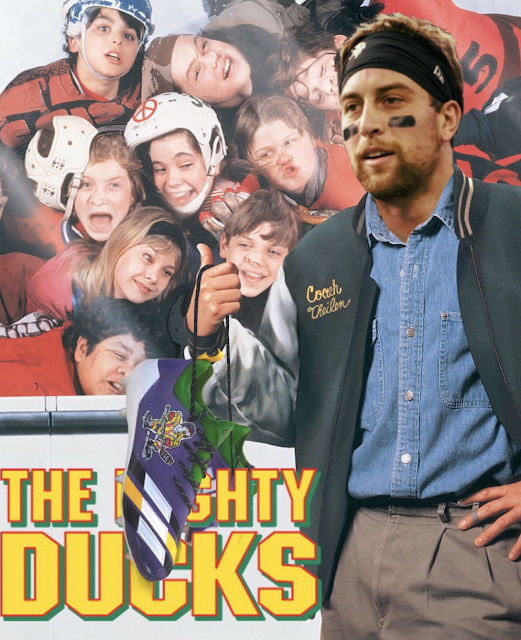 "Everything is so god damn public now" 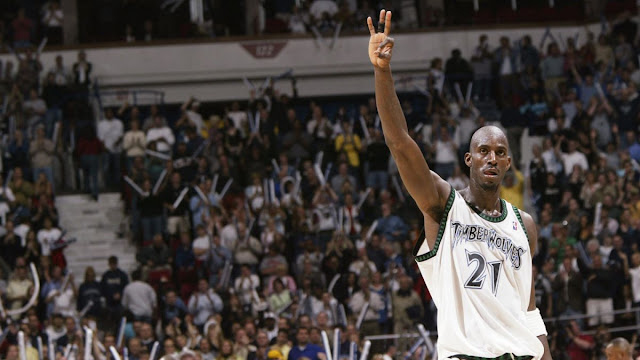 The Athletic – "Exclusive: Kevin Garnett on the Jimmy Butler saga — ‘It’s a shit storm up there’"
By Jon Krawczynski

"“I’m a T-Wolf for life, man,” Garnett said. “I’m ‘Sota for life. I’ve always wanted better for not only the city and the franchise, but Wigs, KAT, those are my guys. I root for those guys. Gorgui Dieng. Those are my guys. I’m just hoping they can get through this rough patch and everybody can get on the same path and figure it out. It’s a shit storm up there.”"

"Garnett has been mentoring young players for years, a role that really blossomed during his final seasons in Minnesota, where he took Wiggins and Towns under his wing. Both responded much more favorably to Garnett’s leadership style than they have to Butler so far, but KG said it might be time for the pups to start asserting themselves even more.

“They’re good kids, but they’re kids,” Garnett said. “This is going to push them though. They got to speak up at some point.

“That’s probably one of the biggest raps in this young league is none of the young guys talk. They haven’t been taught how to converse. I think a lot of people speak for these young kids. I think you don’t hear enough from these young kids and they don’t know how to express themselves.” "

"The season after the Wolves were defeated by the Lakers one step short of the NBA Finals, Latrell Sprewell and Sam Cassell went through bitter contract squabbles that cratered the team. Stephon Marbury’s inability to share the financial limelight with Garnett in the late 1990s broke up what many hoped was the next generation’s Stockton-Malone, and Tom Gugliotta also left that promising core because of ego-driven differences.

“I’m hopeful he and the Timberwolves can get on the same page and figure it out for the chemistry, which is more important,” Garnett said. “I actually like their team. They have a good team.” "

"“That’s my home. Ain’t nothing going to change that,” Garnett said. “Just know that just because I ain’t in the rafters don’t mean I ain’t in that building every night. I left my spirit and my soul in there. You can’t ever replace that. You feel me? That will always be, forever, as long as they have the Timberwolves in Minnesota.”"
Posted by Eric at 8:25 AM No comments: 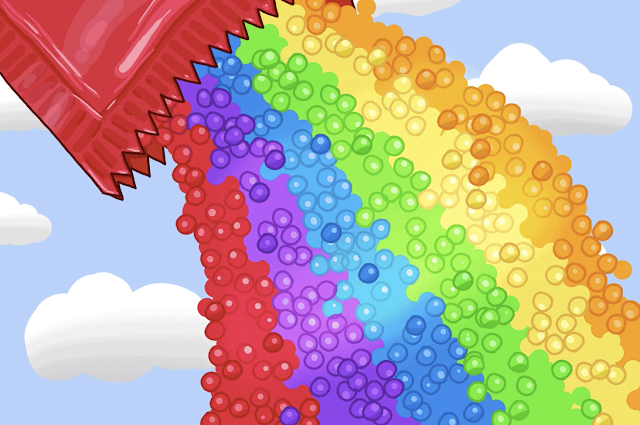 The Ringer – "Tasting the Rainbow in 2018 or How I Learned to Stop Worrying and Love Skittles"
Posted by Eric at 8:22 AM No comments: 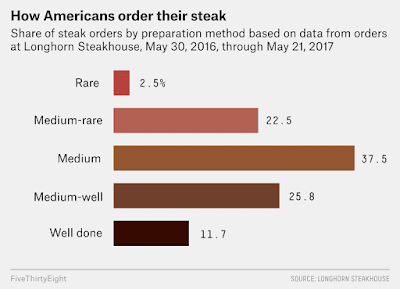 FiveThirtyEight – "How Americans Order Their Steak"

The Quest for the 2019 Stanley Cup Begins Tonight 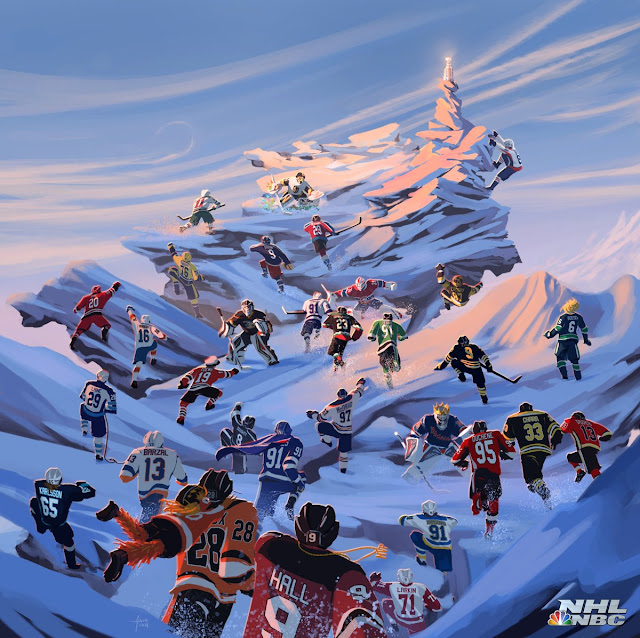 via @NHLonNBCSports.
Posted by Eric at 8:44 PM No comments: 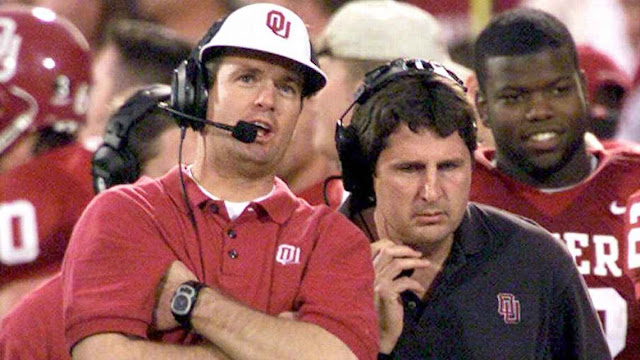