The Return of A.I. 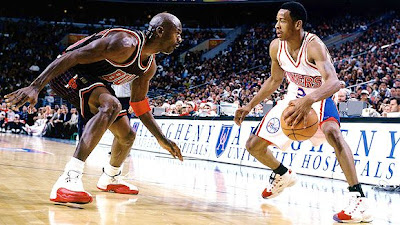 Allen Iverson is returning to 76ers.
What better way to break down his return than to read Bill Simmons take on his career. Taken from The Book of Basketball, Simmons ranked A.I. the 29th best player of all-time.