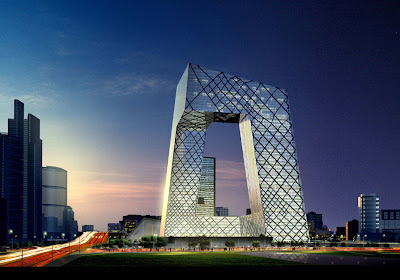 Rem Koolhaas is a 66-year-old Dutch architect and "Professor in Practice of Architecture and Urban Design" at the Graduate School of Design at Harvard University.
Above is his project for the China Central Television Headquarters in Beijing, China that was finished in 2008. 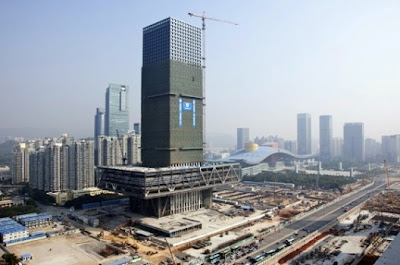 Above is the Shenzhen Stock Exchange that was finished in 2006. (note, Shenzhen, China is were iPhones are made). 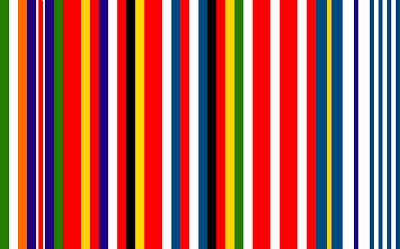 Koolhas was commissioned back in 2001 to help advise on planning for the new European Union capital in Brussels. Koolhas' think-tank came up with the above European Union barcode flag that could easily insert new countries when added to the Union. 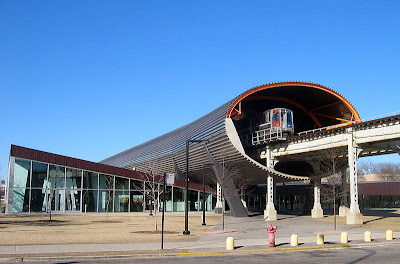 Above is the McCormick Tribune Campus Center in Chicago, IL that Koolhaas created to enclose the noise created from subway trains passing over the building. 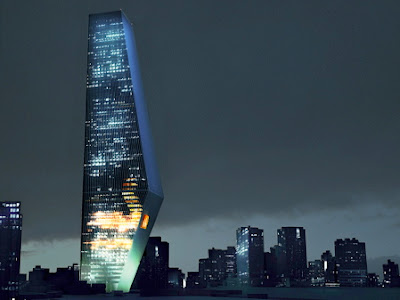 And lastly, above is the Torre Bicentenario or Bicentennial Tower in Mexico City that would have been the tallest building in Mexico; however, plans to build have been cancelled.
Posted by Eric at 7:59 AM