"We happen to be alive at the moment when humanity starts leaving the planet." 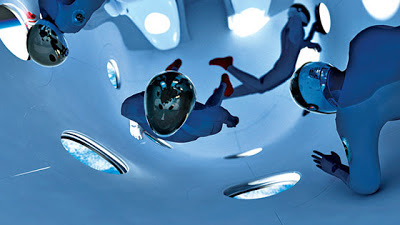 "In New Mexico, workers are putting the finishing touches on the first of at least ten spaceports currently under construction around the world. More than 800 people have paid as much as $200,000 apiece to reserve seats on commercial flights into space."