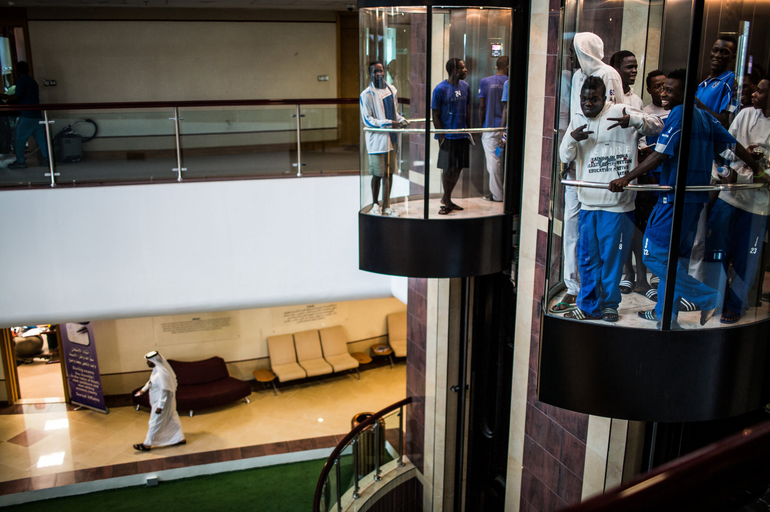 "The [Observer November 2007] article included a quote from the FIFA president, Sepp Blatter, who called the program a kind of “exploitation.” He later visited Qatar and, according to a news release issued by Aspire, changed his mind and lent his support to the program."
Posted by Eric at 8:14 AM