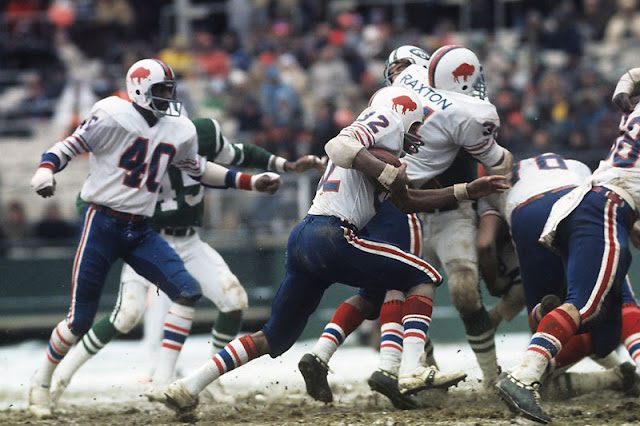 "... I guarantee you right now, [O.J.: Made in America] is going to blow your mind. The documentary, which screened at Sundance this winter and last month at Tribeca, runs seven hours and 43 minutes. It was made under ESPN’s 30 for 30 banner and, after a brief theatrical run (probably to qualify it for an Oscar), will air in prime time, on ABC and ESPN, starting June 11. It will be the only thing this country’s going to be talking about that whole week.

Directed by Ezra Edelman, O.J. is massive but never sprawling, passionate but never unfair, informative but never anything but compulsively entertaining. By devoting nearly eight hours to the trial and all that surrounded it, Edelman is able to give a true, and truly operatic, 360-degree treatment of a story that basically nobody has ever before been able to process except in pieces."
Posted by Eric at 7:40 AM