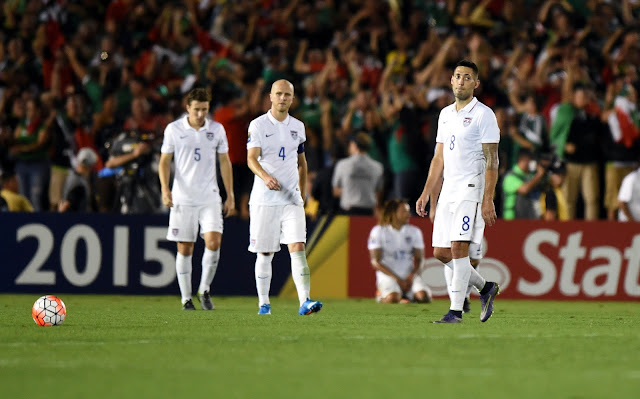 "The kind of progress Gulati seems to value most is corporate, institutional, political. He cares about sponsorships, shoring up organizational foundations. He has done wonders for the United States federation’s standing within soccer’s international body, FIFA. He’s had less success improving quality of play, both at the top of the game and at the youth level, where American men’s teams have missed consecutive Olympics under his watch.

It’s time for a change. Arena resigned on Friday. Gulati is up for re-election in February. He needs to go as well. The next thing I want to see from United States soccer is a jackhammer, not a news conference. The Gulati regime at the federation has committed one of the most bizarre tactical errors in sports management. It has created a large, passionate audience and given it nothing to watch."
Posted by Eric at 5:24 PM