The Case for the New York City Subway 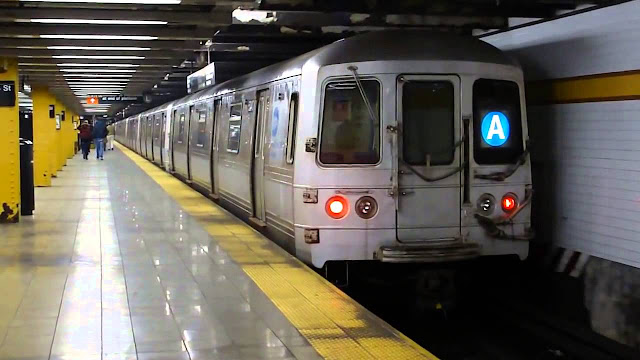 New York Times – "The Case for the Subway"
By Jonathan Mahler

"Before the subway, it was by no means a foregone conclusion that New York would become the greatest city on earth. Hundreds of thousands of immigrants fleeing poverty and persecution were arriving on its doorstep every year, but most of them were effectively marooned, herded into dark, squalid tenements in disease-ridden slums. The five boroughs had recently been joined as one city, but the farms and villages of Brooklyn, the Bronx and Queens might as well have been on the other side of the planet from Manhattan’s teeming streets. Bound up in the fate of the city were even larger questions: Would America be able to manage the transition from the individualism and insularity that defined its 19th-century frontiers to the creative collaboration and competition of its fast-growing urban centers? Could it adapt and excel in this rapidly changing world? Were cities the past or the future of civilization? And then came the subway: hundreds of miles of track shooting out in every direction, carrying millions of immigrants out of the ghettos and into newly built homes, tying together the modern city and enabling it to become a place where anything was possible.

It was the arrival of the subway that transformed a seedy neighborhood called Longacre Square into Times Square, that helped turn a single square mile surrounding the Wall Street station into the center of global finance, that made Coney Island an amusement park for the masses. It was the subway that fueled the astonishing economic growth that built the city’s iconic skyscrapers. Other cities had subways, but none threaded through nearly as many neighborhoods as New York’s, enabling it to move large numbers of workers between Manhattan and the middle-class boroughs — a cycle that repeated itself every day, generating ever more wealth and drawing in ever more people.

As New York evolved over the decades, the subway was the one constant, the very thing that made it possible to repurpose 19th-century factories and warehouses as offices or condominiums, or to reimagine a two-mile spit of land between Manhattan and Queens that once housed a smallpox hospital as a high-tech university hub. When the city is in crisis — financial or emotional — the subway is always a crucial part of the solution. The subway led the city’s recovery from the fiscal calamity of the 1970s. The subway was at the center of the rebuilding of Lower Manhattan after the Sept. 11 attacks. The subway got New York back to work after the most devastating storm in the city’s history just five years ago.

The questions we are facing today are not so different from the ones our predecessors faced 100 years ago. Can the gap between rich and poor be closed, or is it destined to continue to widen? Can we put the future needs of a city and a nation above the narrow, present-day interests of a few? Can we use a portion of the monumental sums of wealth that we are generating to invest in an inclusive and competitive future? The answer to all of these questions is still rumbling beneath New York City."
Posted by Eric at 6:56 AM