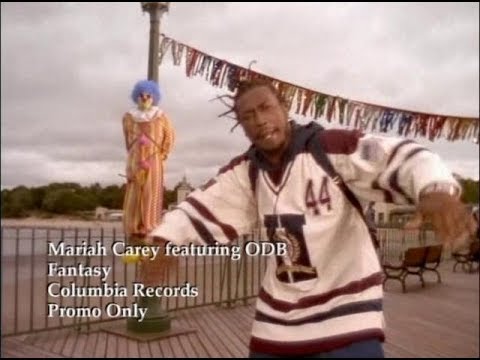 15. Aaliyah: One in a Million (1996)
Aaliyah’s first union with Missy Elliott and Timbaland was a jolt, completely upending R&B through a collective vision of futurism, cyber goth, and sci-fi samples that remain virtually unmatched in scope and impact, as evidenced by the number of contemporary musicians still mining her catalog for inspiration. One in a Million arrived when R&B needed an overhaul, and Aaliyah was the perfect vessel: her breathy but assured alto gave her an aura of mystique, and she possessed a kind of reticence and remove even while singing about her own desire. (Furthering this mystique was the unfounded rumor that her signature side-part and sunglasses were hiding an amblyopic eye.) Her own reasons for this remain cause for speculation—she’d been illegally child-married to R. Kelly for less than a year when One in a Million came out—but the record was unmistakably the sound of her gaining her agency as a young woman and changing the course of music history, all before she even graduated from high school. –Julianne Escobedo Shepherd

12. OutKast: Aquemini (1998)
The dueling personalities at the heart of OutKast have always been the source of their greatness: Big Boi beats the block with his boots, while André dreams of outer space. Their first two records reveled in their own otherness—first as the premier playas in their own community, and then as extra-terrestrials, alienated from the world at large. But on Aquemini, Big Boi and André 3000 embrace the complementary nature of their differences and create something that surpasses the sum of its parts. Weaving funk, soul, gospel, and psych influences through freewheeling recording sessions with live musicians—a departure from the Dungeon Family’s basement production on those early LPs—the duo obliterated the boundaries and expectations for a Southern rap group without ever sounding like anyone other than themselves.

André’s relationship with Erykah Badu drew them into the sonic orbit of the burgeoning neo-soul movement, but despite the parallels with the Soulquarians’ Afrocentric Nag Champa vibe on tracks like the sprawling opus “Liberation,” Aquemini is staunchly a record by and of the Dirty South. Its biggest hit manages to flip one of the most iconic moments of the Civil Rights Movement into a giddy harmonica hoedown, and the seven-minute dub session “SpottieOttieDopaliscious” remains singular, a transportive nostalgia trip drenched in sensory input and a timeless horn melody. Stankonia would be their true breakout moment, and by the time they released the companion solo LPs Speakerboxx and The Love Below, their individual star power threatened to swallow the group whole. Aquemini remains their most ambitious attempt to explore the quirks that make them fit together like clockwork. –Matthew Ismael Ruiz

3. Radiohead: OK Computer (1997)
OK Computer was the last gasp of the rock monoculture: an incontestable, unrepeatable, and critically consecrated masterpiece of a genre that was too big to fail, yet too limp to preside over a new century. Picking up grunge’s challenge to macho rock orthodoxy, the bookish Oxford five-piece parlayed corporate resistance and righteous angst into an infernal assessment of mainstream conformism, petit bourgeois inertia, and cartoonish celebrity culture. But where grunge despaired at the gravity of it all, and Britpop buried its head in hedonism, Radiohead made a crucial distinction: Seeing the inferno of modern life in all its grotesque glory was not a curse to endure or escape, but a superpower to wield.

The band enshrined Thom Yorke’s feverish proclamations in music so valorizingly grand and emotionally involving it left little room for reflection. The electric guitar had all but lost its anti-authority luster, yet here was Jonny Greenwood, combining Pixies-style fretwork and pedal-board wizardry to remake the instrument as the sound of system collapse. Lurching rhythms and electronics flung us into a kingdom on the fritz, where old-world beauty fractured among broken beats and trip-hop tremors. Yorke belted spittle-flecked barbs about fame, sleaze, and corporate lies like a vanquished revolutionary, adopting a paranoid tenor to name conspiracies that everyone knows to be true: consumerism corrupts, capitalism alienates, technology isolates, et cetera. This dire, depressingly real worldview might have stoked a fire in our bellies. Instead, many of Yorke’s disciples were comforted, relieved to feel seen in our infernal little bedrooms and hatchbacks. Rock no longer inspired faith in its revolutionary power, but OK Computer did the next best thing—it made us believe in the spectacle. –Jazz Monroe

43. The Cranberries: “Dreams” (1992)
The Cranberries’ “Dreams” is the sensation of butterflies in your stomach incarnate: “Oh, my life is changing everyday/In every possible way,” Dolores O’Riordan sings, capturing the terrifying thrill of entrusting your heart to someone who could shred it to pieces, or make your wildest fantasies come true. With an arrangement that seems to say “go after your heart’s desire, but be careful!,” “Dreams” gallops forward atop sweeping guitar chords and quietly rumbling drums, only to consistently rein itself in. O’Riordan begins each verse from a place of softness, as if she’s floated back to Earth and needs to touch some grass to reassure herself that this is real. But ultimately, the euphoria is too big for words: O’Riordan emits a fierce yodel, opening her throat to the sky and letting those fluttering feelings pour out. –Quinn Moreland

9. The Notorious B.I.G.: “Juicy” (1994)
Christopher Wallace’s outsized talent as a GOAT-level lyricist is often discussed in terms of his deft wordplay and sophisticated rhyme schemes. From his first hit "Juicy," however, it was also evident how gifted he was as a storyteller. Coalescing all of his prodigious skills over sampled swaths of Mtume’s early-’80s R&B smash “Juicy Fruit,” the song is ostensibly an autobiographical rags-to-riches tale. But B.I.G.’s attention to detail enables the childhood reminiscences (“Way back, when I had the red and black lumberjack/With the hat to match”) and aspirational goals (“Livin’ life without fear/Puttin’ five carats in my baby girl’s ear”) to transcend individual experience. The song endures largely by being eminently human and relatable—whether, like Wallace, you are or ever were young, doubted, and Black, or if you simply embrace the belief that one’s hope for the future, no matter how unlikely, is never merely a dream. –Jeff Mao

5. Missy Elliott: “The Rain (Supa Dupa Fly)” (1997)
“The Rain” starts with an exhale and a yawn, fitting for a song so playfully trippy it sounds as if it came to Missy and Timbaland in a dream, or maybe after a huge bong hit. Some of the most enduring moments from Supa Dupa Fly—an album that was completed in just two weeks—still sound like studio freestyles, two buddies shooting the shit and making each other giggle in the long spaces between songwriting. The song arrived in the wake of Biggie and Tupac’s murders, when hip-hop needed a lift, and it both positioned Missy and Timbaland as industry lodestars and solidified their sound: so tight, as she raps in the song, that you get their styles tangled. Saying “vroom” and “fricky fricky” over that cricket-propelled, Ann Peebles-sampling beat never sounded too silly; it simply sounded correct. –Emma Carmichael

3. Aaliyah: “Are You That Somebody?” (1998)
“Are You That Somebody?” was the song that consolidated Aaliyah’s image as a refined and unapologetic streetwise princess, supplanting the more traditional R&B sound of her work with R. Kelly in favor of something that nudged toward hip-hop soul. The material Timbaland and Missy Elliott created for the singer didn’t require her to scream or over-embellish, but rather forced you to listen harder: Aaliyah’s vocals grew more compelling the softer and more subtle they became. She could grab attention simply by being unusually calm, the gleaming center of a rhythm track that telegraphed emotional chaos in its fits and starts.

Learning from catastrophic sample lawsuits against De La Soul in 1989 and Biz Markie in 1991, Timbaland became one of the first producers to create signature hip-hop loops out of obscure sound-effect records and found noises. The baby gurgles that punctuate the song’s stuttering tango are first ridden by Tim’s gravelly vocal affirmations, then by Aaliyah’s hushed, reedy croon. The hybridized sound—intentionally odd, jittery tempos, backed by syncopated commentary—was groundbreaking and reflective of something more: the building of a persona around Aaliyah with an even greater mystique than that Jimmy Jam and Terry Lewis had created for Janet Jackson in the years prior. –Carol Cooper

1. Mariah Carey: “Fantasy (Remix)” [ft. Ol’ Dirty Bastard] (1995)
Leave it to Mariah Carey, the girl next door, to make pure lust sound so naive, so syrupy sweet, that it could be read as something pious to a passerby. Leave it to a diva at the height of her fame to describe being horny as feeling “kinda hectic inside,” and to articulate it by singing more dizzying runs than an amusement park’s worth of rides. It feels right that she wrote, produced, and recorded “Fantasy” in only two days, roughly the amount of time a person can live solely on the giddiness of a flirtation and the anticipation of an eventual release. Here’s what love at 26, the age at which she put out the song, could feel like. It’s what you want love to feel like for the rest of your life, too.

Mariah’s ninth No. 1 came between hits from fellow icons Janet Jackson and Whitney Houston, outperforming both as a historical chart-topping record. “Fantasy” debuted at the top of the Hot 100, making Mariah the first woman to ever do so, and only the second artist to debut at No. 1 after Michael Jackson. Its foundation was a melding of genres—by reworking several elements from “Genius of Love,” the 1981 Tom Tom Club track that was already becoming a staple in rap sample libraries, she and co-producer Dave Hall suggested that pop music could be just as sly, reverent, experimental, and flip as hip-hop. And the remix, produced by Diddy and his Bad Boy collective, served as their proof of concept.

By several accounts, it’s a miracle that the remix exists at all. At the time, Mariah’s infamously controlling label honcho husband, Tommy Mottola, 20 years her senior, had hoped to make a family-friendly balladeer out of the singer. He didn’t want her sullying her pristine image, never mind at the hands of a rapper who performed under the name Ol’ Dirty Bastard. (Later in life, the singer would open up about how she, a light-skinned Black woman, was marketed by her label in ways that felt out of her control.) But Mariah, a superfan of Wu-Tang’s 36 Chambers who was known to blast ODB on a pink boombox while riding around in her limo, insisted that the rapper be given free rein. It became a spectacle, involving exorbitant amounts of money at the time—$15,000 for a verse—and several very drunk studio sessions.

And so ODB became the song’s ringmaster, opening with what would become one of the most recognizable callouts in block party history, ambling in and out of the song with a swaggering charm, inevitably swerving so hard that his drawl becomes a little bit country, a little bit rock’n’roll. It was chaos, it was genius, it made for a remix so successful that it ended up being responsible for half of the song’s insane sales. But the song also became something much more powerful for Mariah and those who would follow her: It was a declaration of independence, a reclamation of agency and identity, a blueprint for a new kind of pop song that would be replicated for decades to come. –Puja Patel