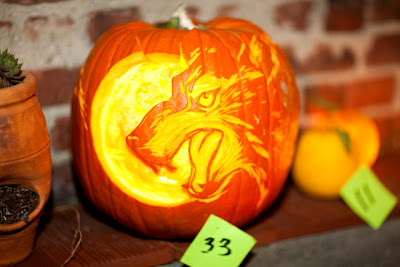 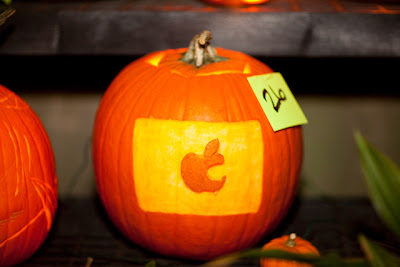 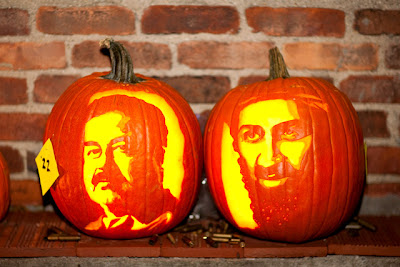 Gothamist posted this year's Crest Hardware (Brooklyn) pumpkin carving contest. Select photos above.
Looking at the last picture, the New Yorker posted an interesting story today on the quiet success of President Obama's foreign relations. Jon Stewart also did a great piece on a similar story this week.
And while only one percent of American's name foreign policy as an issue that matters come presidential election time

"...there’s something strange about the backseat status often given to foreign policy in Presidential campaigns. Presidents have a great deal more sway over the matters of war, peace, and diplomacy than they have over the economic weather. (Globalism and the House of Representatives make sure of that.) Even stranger is the lack of attention given to foreign affairs by the [Republican] candidates themselves.

The leading Republican candidate (for the moment) is Herman Cain, and so far he has displayed what can only be called an uncertain grasp of worldly matters. He recently declared that knowing the name of the leader of “Ubeki-beki-beki-beki-stan-stan” was of no interest to him and he saw no reason why it should be. (As it happens, Islam Karimov, the bloody-minded leader of Uzbekistan, is an especially important dictator in a region, Central Asia, that is of vital interest to the United States.) Rick Perry is similarly, and smugly, detached. When it comes to world affairs, his most notable proposal is to defund the United Nations."