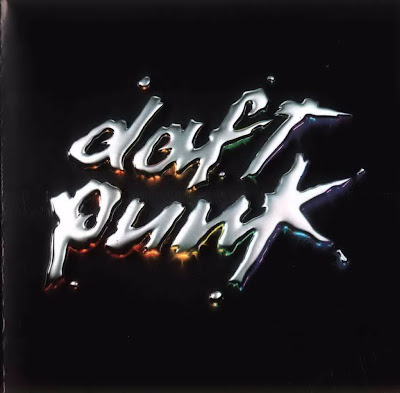 Daft Punk's second album "Discovery" was released in March 2001 to a mixed reception and lukewarm reviews. Since then it's been named Rolling Stone's eighth best electronic dance music album of all time and Pitchfork.com's third best album of the '00 decade.

Says Rolling Stone, "This is where a couple silly French guys in robot getups became one of the most insidiously influential pop acts of the past decade. Daft Punk spawned a zillion vocoder-pop wannabes, and their 2006 Coachella appearance is ground zero for the recent EDM explosion if anything is. On Discovery, they simultaneously parodied and honored radio cheese from the Seventies and Eighties and came up with jams to heat up your boogie nights and massage your waterbed soul. "One More Time" is as fun as a stay at the "YMCA," "Digital Love" gives Peter Frampton-style talk-box guitar a booster shot, "Aerodynamic" has astro-turf-shredding Van Halen guitar action and "Face to Face" (sung by New Jersey gospel-house wizard Todd "The God" Edwards) chops up ELO. As for "Harder, Better, Faster, Stronger," apparently, Kanye was a bit of a fan."

Says Pitchfork, "Discovery was simply the decade's best good-times record, with Daft Punk as pyramid-toting party wizards and the chipmunk Kraftwerk of "Harder Better Faster Stronger" their anthem. But this most celebratory of records has a bittersweet streak, too: Daft Punk know that a rush always carries the risk of exhaustion. Perhaps the album's most underappreciated track is the sad but gorgeous "Short Circuit", a three-minute robot graveyard of crumbled transistors and dying LEDs. But from Romanthony's first blissful, vocoded shout of "one more time!" the dominant emotion on Discovery is joy. A joy that wasn't afraid to be sentimental and funny as well as hard and futuristic, and is all the better for that. When a generation looks back and tries to catch a fuzzy hold of the music that made them happy this decade, Daft Punk's will be top of the list."
Posted by Eric at 2:21 PM