Four Other International Wizarding Schools According to J.K. Rowling 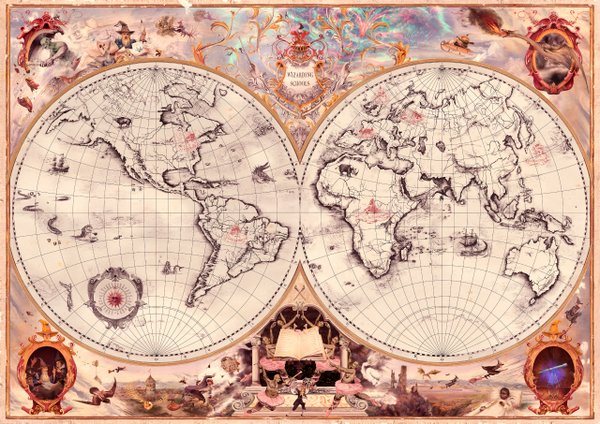 Uagadou [Wag-a-doo]
"Although Africa has a number of smaller wizarding schools (for advice on locating these, see introductory paragraph), there is only one that has stood the test of time (at least a thousand years) and achieved an enviable international reputation: Uagadou. The largest of all wizarding schools, it welcomes students from all over the enormous continent. The only address ever given is 'Mountains of the Moon'; visitors speak of a stunning edifice carved out of the mountainside and shrouded in mist, so that it sometimes appears simply to float in mid-air. Much (some would say all) magic originated in Africa, and Uagadou graduates are especially well versed in Astronomy, Alchemy and Self-Transfiguration."

Beauxbatons Academy of Magic [Bo - batton]
"Thought to be situated somewhere in the Pyrenees, visitors speak of the breath-taking beauty of a chateau surrounded by formal gardens and lawns created out of the mountainous landscape by magic. Beauxbatons Academy has a preponderance of French students, though Spanish, Portuguese, Dutch, Luxembourgians and Belgians also attend in large numbers (both Beauxbatons and Durmstrang have a larger studentship than Hogwarts). It is said that the stunning castle and grounds of this prestigious school were part-funded by alchemist gold ..."