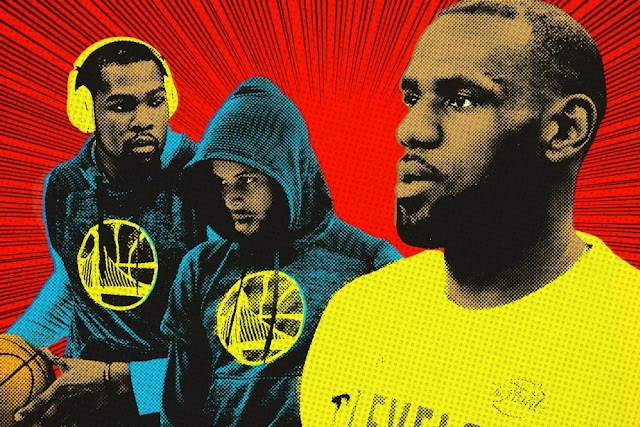 The Ringer - "The Warriors Are Unstoppable, and They’re the Best Thing That Could’ve Happened to LeBron"
By Jonathan Tjarks

"In The Myth of Sisyphus, existentialist philosopher Albert Camus reimagines the ancient Greek tale of a man forced to push a boulder up a mountain for all eternity, only to see it roll to the bottom every time he reaches the summit. Camus argues his fate is a blessing, not a curse. Sisyphus has a purpose in life, no matter how absurd it may seem. LeBron has one too: “I think it’s just part of my calling to just go against teams in the midst of a dynasty,” he said before Game 4. A thousand years from now, no one will care who the greatest basketball player of all time was. Who was the greatest chariot racer in Roman history? The best Mayan to ever play pitz? All any of us can do is find some meaning in our striving, some goal to get us out of bed every morning and go to work. LeBron James has the Warriors. One must imagine him happy."
Posted by Eric at 7:43 AM