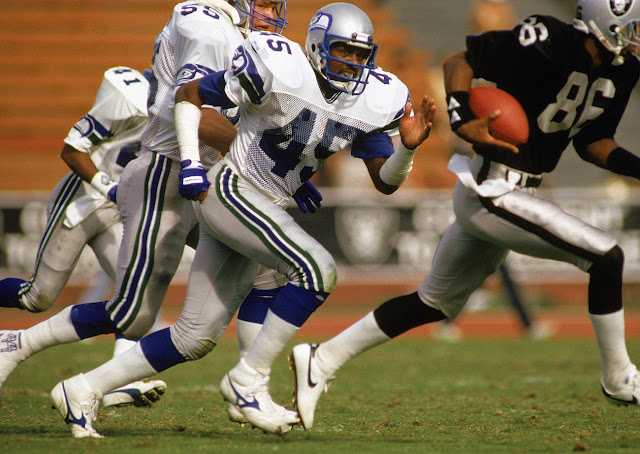 "...with the exception of Disney’s assorted properties, no cultural product unites Americans the way the N.F.L. does.

That enduring popularity speaks to the way the game taps into deep and abiding strains of dominant American culture. The N.F.L. appeals, paradoxically, both to the American veneration of toughness and to the American love of organization and management. Walter Camp, the father of the game, wanted to make players “exercise equally their minds and bodies,” demanding both physical sacrifice and careful tactical planning. So he constructed a sport that is at once incredibly violent and tightly organized, and in that sense thoroughly American."
Posted by Eric at 2:10 PM