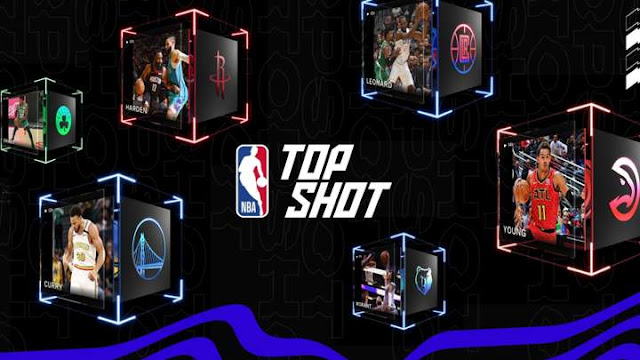 "In a joint venture that began in July of 2019 between the National Basketball Association, the NBA Players Association and Dapper Labs have come together to create NBA Top Shot, a "revolutionary new experience in which jaw-dropping plays and unforgettable highlights become collectibles that you can own forever," per Dapper Labs Chief Executive Officer Roham Gharegozlou.

In plain terms: think of the future of the sports trading card market mixed with similar principles of cryptocurrency, but it's virtual cards that contain individual NBA highlights.

How it works: the NBA cuts the highlights and then Dapper Labs decides how many of each highlight they are going to sell and number them. They place each highlight into digital packs, just like regular trading cards, and sell the packs on the official NBA Top Shot website for prices ranging from $9 to $230. The pack prices depend on the quality of highlight, the stardom level of the player and the exclusiveness of the card. Once you purchase a pack, those highlights go into your encrypted, secure highlight wallet to be "showcased" or re-sold on the NBA Top Shot Marketplace.

According to Action Network, there have already been five sales on the global, open, peer-to-peer, always-on marketplace worth over $20,000 U.S. dollars, including a specific LeBron James highlight that recently sold for over $71,000." 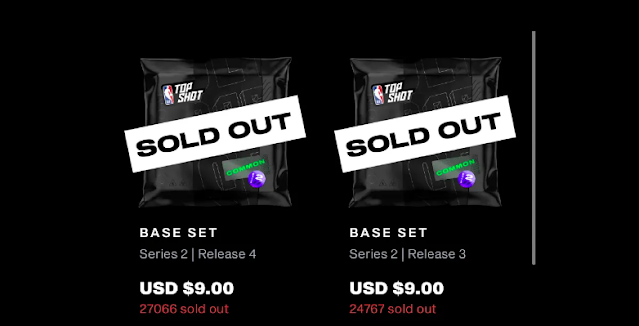 "Despite aggressive growth plans, the company has been surprised by the response. Collectors have been so eager to buy packs, which have ranged from $7 to $999, that the website has crashed consistently, forcing the company to be open to the community about performing stress tests. A release of 50,000 packs at $14 each on Monday was delayed twice, as 40,000 people waited in line, because of the demand.

Among the issues users have complained about is withdrawing money. That comes down to the company growing so fast. It’s why, despite growing to more than 50,000 users, the company is still technically in beta stage.

“People are not patient, but I get it,” Gharegozlou said. “This is people’s money. We respect that…We are doing our best in terms of messaging.”

Gharegozlou told The Action Network this week that Dapper’s head of product was also in charge of executing the company’s fraud checks, which has to be done when money is withdrawn. Now, the fraud department consists of five people.

Other growing pains include pressure on Gharegozlou to answer questions about why he owns so many highlights that are now worth approximately $5 million on the open market.

Gharegozlou responds by saying there’s no intention to deceive – his username is Roham. But he, as well as all the company executives, had to use the product in order to make sure it worked. While packs today sell out immediately, a couple months ago, packs would remain on the site for days, he said. His response on the value of what he has or concerns about giving himself loaded packs, is that he is willing to make a promise to collectors.

“I consider it like Satoshi’s wallet,” said Gharegozlou, referring to the pseudonym used by the person who invented bitcoin.” I don’t plan on selling anything ever.

While the blockchain promises to be around forever and therefore concerns about how long the deal is with the NBA might not be material to some, Gharegozlou understands the want for transparency.

“I want to work with the league to announce it,” Gharegozlou said of the deal terms, which are currently confidential. “I think it’s totally valid for people to know…But the point of them being on the blockchain is that worst case, let’s say Dapper Labs says next year ‘We’re just gonna work with the NFL, we don’t want to do basketball.’ Well, then the NBA can spin off an NBA Top Shot by themselves or go with another developer and they can essentially honor the past collectors assets.”" 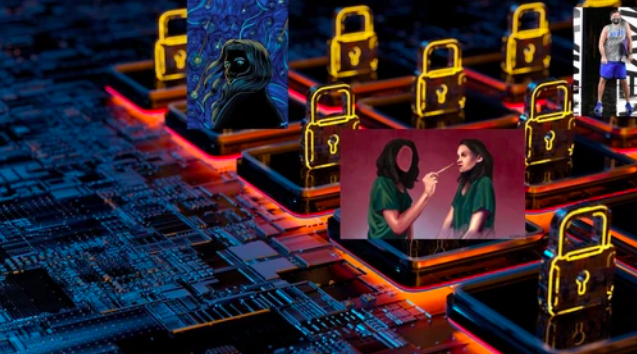 VICE – "People Are Spending Millions on JPEGs, Tweets, And Other Crypto Collectibles"

"As cryptocurrency prices skyrocket, celebrities from actress Lindsay Lohan to Youtuber Logan Paul are creating digital collectibles called non-fungible tokens (NFTs). These collectibles often include JPEGs or GIFs, although they can also be attached to tweets, MP3s, or any other type of digital file. The file is associated with an Ethereum token, kind of like a serial number, to prove ownership of the file.

Some people are making a living with these Ethereum-based NFTs, whether that means creating and selling them or trading them like baseball cards. One such artist, Daniella Attfield in South Africa, uses an NFT site called SuperRare to sell her illustrations. She’s been tinkering with NFTs since 2018, but started really focusing on it as a sales mechanism in July 2020. These days, NFT sales are her primary income.

“My artworks come with a history which is recorded on the blockchain and can be proven to be authentic. They also have the knowledge that they are supporting an artist,” Attfield said. “The demand is constantly growing as more people join the space.”

Celebrities, like Dallas Mavericks owner and Silicon Valley investor Mark Cuban, frequently sell NFTs for upwards of $81,000. Artworks regularly go for hundreds of thousands of dollars. On February 8, 2021, two video game fans set a new record by spending $1.5 million worth of crypto to buy an NFT for digital land plots in the game Axie Infinity. Meanwhile, less famous artists may offer NFTs for just a few dollars each.

Someone not deep into NFTs already would probably wonder why anyone would pay as much as a house for something that anyone can simply take a screenshot of and save for free. This is fair, but still, thousands of people are still buying the unique tokens that represent these images in order to support the artist and prove ownership. NFT sellers like Venezuelan illustrator Alejandra Her say the blockchain aspect fosters a stronger sense of ownership for the intangible assets.

“People can also shoot a photo of any artwork in a museum and print it out. But they know they don't own the artwork. It's the same with NFTs,” Her said. “I think that my NFTs have been bought by different kinds of collectors: those who buy to resell later, those who buy my art because they like it, and those who are artists and like support each other.” "