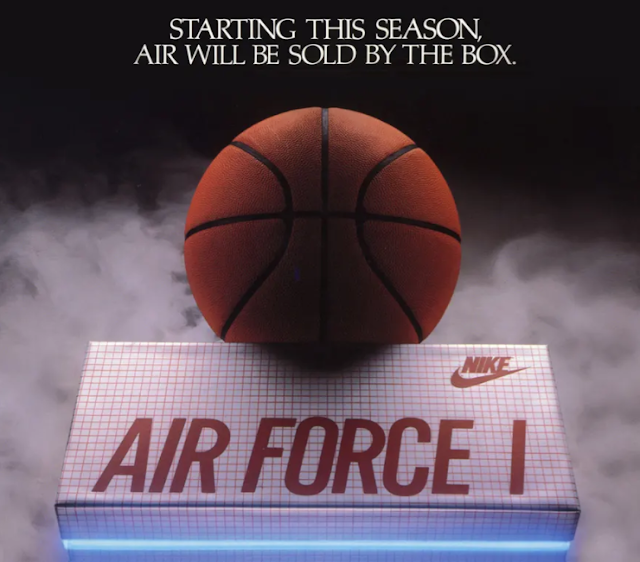 A Classic Since 1982
Designed by Bruce Kilgore and introduced in 1982, the Air Force 1 was the first ever basketball shoe to feature Nike Air technology, revolutionizing the game and sneaker culture forever. Over three decades since its first release, the Air Force 1 remains true to its roots while earning its status as a fashion staple for seasons to come.

1982: A Legend is Born
The Nike Air Force 1 becomes the first basketball shoe to bring soft, springy Nike Air cushioning to the game.

1985: Re-Released
A trio of retailers in Baltimore re-introduce the AF-1 in royal blue and chocolate brown colorways, and all 3,000 pairs sell out almost as soon as they hit the shelves. No longer just for basketball, the sneaker takes the streets by storm.

1986–1991: “Shoe of the Month” Club
Select retailers began exploring the concept of releasing one-off Air Force 1 designs. Every release is a hit and immediately sells out. Sneaker culture grows from Baltimore along the entire East coast as fans seek out new drops.

Mid-90s–2000s: Sneaker Gold
Around events and holidays, Nike introduces limited, special and premium editions that turn the Air Force 1 into collector gold overnight. The sneaker is catching on faster than retailers can keep it on the shelves.

2000: Hip Hop’s Sneaker
Air Force 1’s popularity among globally influential rappers and artists propels it farther beyond sport and into culture. For the new millennium, Roc-a-Fella Records is presented with a timeless, white-on-white edition featuring the label’s embroidered logo. 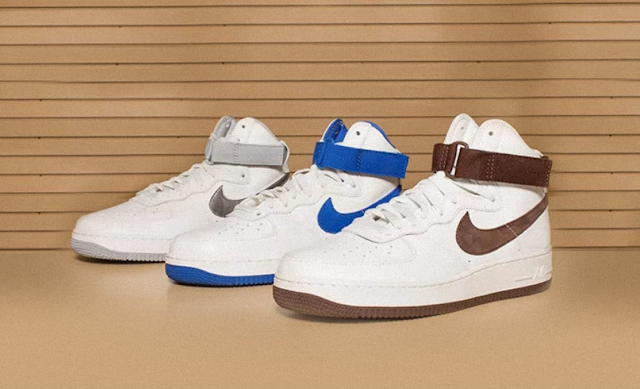