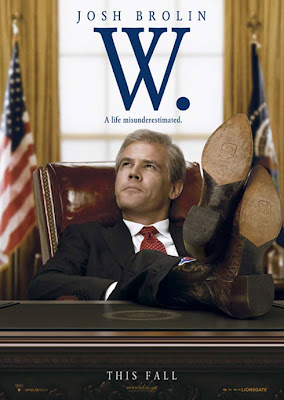 I never heard of Josh Brolin before 2007, but I became a fan that year after seeing him in films Planet Terror (Robert Rodriguez Grindhouse) and No Country for Old Men (The Coen Brothers).
He was also in American Gangster but I wasn't the biggest fan.
But, hey coming October 17th is Brolin's biggest role yet as the lead in Oliver Stone's newest film W. as President George W. Bush.
I previously posted the trailer for the film. You can check that out here.
And now Access Hollywood has released nearly 4 minutes of filmed material of Brolin's portrayal. Check out and tell me what you think.
Posted by Eric at 3:58 PM