The Legend of Mountain Lions 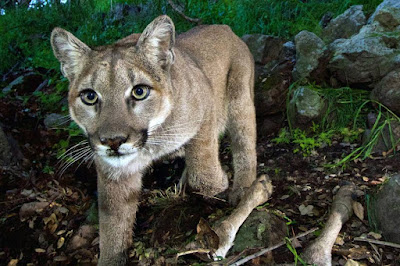 "“I can’t think of any other animal that has captured the imagination of the public in the way that the Eastern cougar has,” he says.

Cougars do show up in the East now and then. But after studying reports going back decades, wildlife officials concluded these sightings were either Western cougars that wandered east, freed exotic pets or a Florida panther.

Yet, wildlife agencies in the East receive hundreds of reported sightings of mountain lions each year, particularly claims of black panthers, which have never been authenticated in the U.S., the Fish and Wildlife Service said in its review."
Posted by Eric at 10:11 PM

Affordable service moving companies sarasota- It has been the pride and consistent objective of the employees in Flat fee movers that the pricing of every service offered is well within the budget of any customer. The prices of the moving, packing and storing services and even that of the moving boxes are quite affordable to anyone.