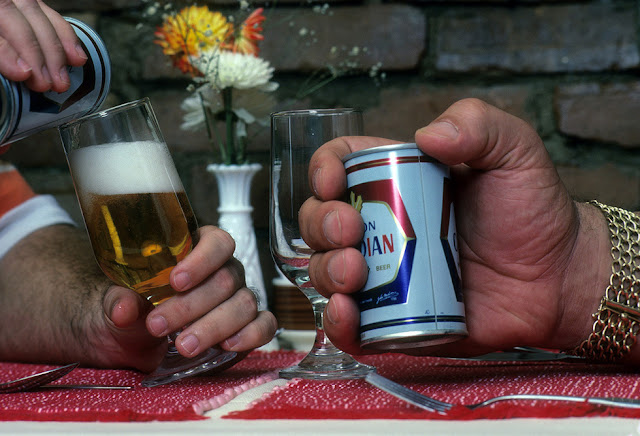 "The writer who penned the piece, Terry Todd, noted that Roussimoff’s wrists are more than a foot in circumference—“about average for an adult male western lowland gorilla”—and that you can pass a silver dollar through his ring, which would make it around a size 30. In the accompanying 8,000 word article, “To the Giant among Us”, Todd takes the reader on a rollicking journey with the amiable Roussimoff from New York to Montreal, where they finally end up in the wrestler’s own French cafe, Le Pitcher."

"Rousimoff knew his life was likely to be shorter than most. “If I were to die tomorrow,” he said in the article, “I know I have eaten more good food, drunk more beer and fine wine, had more friends and seen more of the world than most men ever will.”"
Posted by Eric at 2:46 AM