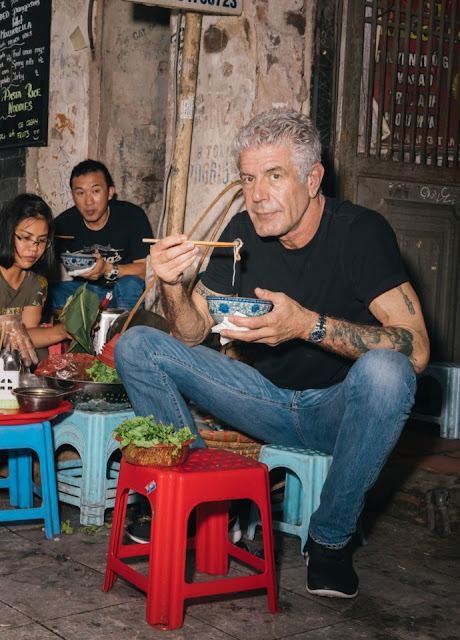 Since visiting Beirut, Bourdain has gone on to Libya, Gaza, and the Democratic Republic of Congo, seeking to capture how people go about their daily lives amid violent conflict. To viewers who complain that the show has become too focussed on politics, Bourdain responds that food is politics: most cuisines reflect an amalgamation of influences and tell a story of migration and conquest, each flavor representing a sedimentary layer of history. He also points out that most shows about food are premised on a level of abundance that is unfamiliar in many parts of the world."
Posted by Eric at 6:52 PM