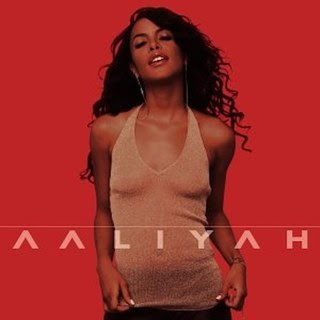 "Internally, there was a concern that her career would flounder, that she would not be able to match Kelly’s production and songwriting elsewhere. But with members of the Supafriends—Timbaland, Missy Elliott, and, eventually, the late Static Major—by her side, Aaliyah easily eclipsed her work with Kelly. “Tim and I were new producers," Missy told Rolling Stone in 2001. "From day one, she had that much faith in our music that she treated us like we already sold a million records, when we hadn't sold anything yet. She really helped make us what we are today.” The gamble paid off. Where Age Ain’t Nothing But A Number was defined by Kelly’s rote new jack swing and carried by her vocal depth, One In A Million was clever, fun, and forward-thinking. A couple of years later, “Are You That Somebody,” a single made for the Dr. Dolittle soundtrack, changed everything: Aaliyah wasn’t just sweet and sly; she revealed herself as endearingly weird and aspirationally cool—over a bizarre drum pattern and the sample of a baby’s coo, at that.

Aaliyah took that many steps further. By the time she began working on the album in 1998, she had developed an interest in both the experimental and traditional, and her collaborators on the album—the Supafriends as well as producers signed to her family’s Blackground record label—were up to the task. She veers wildly, but cohesively, between the futuristic, triple-time experimentation of singles like “We Need A Resolution” and “More Than A Woman” and the throwback soul of “Never No More” and “I Care 4 U.” It was Aaliyah’s voice that strung it all together. Her falsetto had earned an edge, and her multi-part harmonies, arranged ingeniously, added grace and texture. Even Timbaland’s grating, awkward raps and ad-libs are softened.

This time, Aaliyah had added Static, who’d cut his teeth working with Ginuwine and in the R&B group Playa, as a writer. The result was something that diverged from the pop language du jour, yet somehow remained in conversation with it. Though Aaliyah hadn’t yet become a writer, she was inordinately good at picking songs, absorbing them, and interpreting through her bright, wispy soprano. The album’s singles—“We Need A Resolution,” “More Than A Woman,” “Rock The Boat,”—are among her best, boldly off-kilter, imaginative, and alternately mellow and razor-edged. But the deep cuts are just as solid. “Never No More” is an emotional song about enduring and then rejecting abuse at the hands of a partner, “U Got Nerve” and “I Refuse” are formed around a similar suspicion and self-assurance. Her primary currency was an effortless cool matched only then by Janet Jackson and, all these years later, by Rihanna."