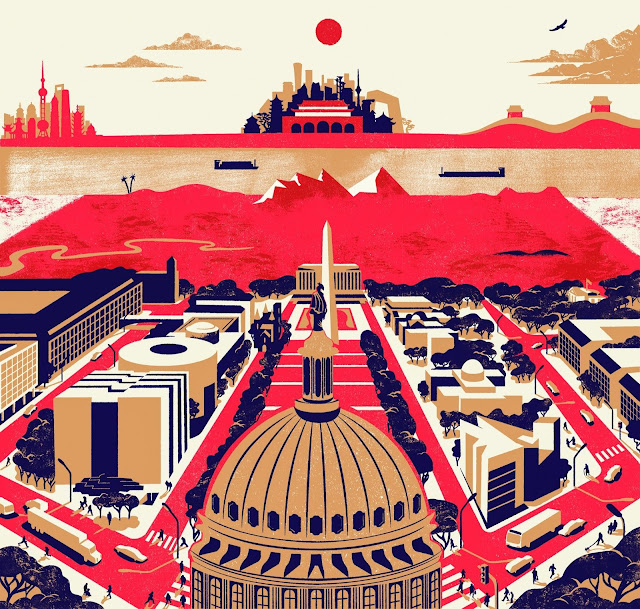 New Yorker – "The Future of America’s Contest with China"

"On the balcony, to Xi’s right, was the politburo’s reigning propagandist, Wang Huning, a former professor who once travelled the United States and honed a prickly theory about dealing with its people. “The Americans pay attention to strength,” he wrote, after attending a football game at the Naval Academy. “Football has some strategy, but it’s not elegant; mainly, it relies on strength.” He added, “The Americans apply that spirit to many fields, including the military, politics, and the economy.”"
Posted by Eric at 4:50 PM